The HUD faced backlash when the Biden administration decided to roll back another Trump-era policy that forbids transgender persons from being housed in homeless shelters according to gender identity.

Conservative Christian rights group Alliance Defending Freedom (ADF) on Friday publicly criticized the Department of Housing and Urban Development (HUD) under President Joe Biden for reversing a Trump measure that empowered faith-based groups that operate homeless shelters to assign transgenders to homes according to their sex at birth.

HUD Secretary Marcia Fudge on Thursday undid the Trump-era policies that mandated to provide shelter access to transgenders as long as they were placed in shelters specifically for their birth-assigned sex.

"The U.S. Department of Housing and Urban Development under the Biden administration has abandoned women and girls under the guise of being 'inclusive,'" ADF's senior counsel Kate Anderson declared. "But it's not 'inclusive' to force shelters to violate their faith or impose a blanket federal policy that forces vulnerable women to share space with men who claim a female identity." 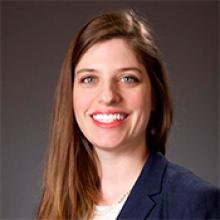 Per the Washington Times, the Trump policy, which was proposed in July 2020, would let faith-based shelters decide where to house biological men and women, no matter what their gender identity was. HUD Secretary Fudge withdrew the Trump administration's ruling, which already had been in the process of implementation when former President Trump's presidency ended.

Fudge argued that the Trump-era policy, if fully implemented, would violate an Obama administration measure that is currently in effect, which requires federally funded shelters to accept individuals according to their gender identity.

Fudge added that by allowing faith-based shelters to segregate the homeless based on their biological sex is tantamount to discrimination. She stressed "HUD's commitment that no person be denied access to housing or other critical services because of their gender identity."

Just last month, Sherrie Laurie, the executive director of a faith-based women's shelter in Anchorage, Alaska Downtown Hope Center wrote an op-ed for the Anchorage Daily News where she defended the women's shelter's rights to accommodate biological females with respect to their safety.

Laurie argued that faith-based shelters like hers house women who are often victims and survivors of domestic or other types of abuse and that housing biologically born men who identify as women does not bode well for the women who seek safety at the shelter.

Two years ago, the very same faith-based shelter filed a lawsuit against Alaska for forcing them to accept transgender women and later won the case, NBC News reported. ADF attorney Ryan Tucker said at the time, "Faith-based nonprofits should be free to serve consistently with their beliefs and mission. The end of this case means the center can continue its critically needed work to help the vulnerable women it serves and fulfill its duty to do everything it can to protect them."