Prayers are being requested for a Delaware cop as he fights for his life after being attacked by a man with bad record, a report said.

"Corporal Keith Heacook is a 22-year veteran and has been employed with our department since 1998. He is a husband, son, brother, and father. Keith is fighting for his life right now and he needs your prayers along with the elderly couple who were also injured," PIO Master Cpl. Gary Fournier said in a statement, as per The Blaze.

The Blaze reported that Heacook arrived at the Delmar's Yorkshire Estates community in response to an initial call over a fight involving Randon Wilkerson and other residents in a house. Wilkerson was said to be destroying the property when the initial call was made. A second call to the police was made when Wilkerson attacked the elderly couple living across the street.

A source told The Blaze that Wilkerson overpowered Heacook in a physical confrontation upon arriving and repeatedly hit him using the latter's baton which was missing from its holster. The bludgeoning caused a dent in Heacook's head, causing blood to be "everywhere," and leaving the officer unconscious. 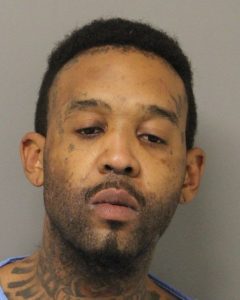 The source also said one of the six witnesses present in the home saw Wilkerson "throat stomping" Heacook during the attack. However, the witnesses refused to report the matter and locked themselves in the upstairs room of the said house.

The Blaze added that according to their source, Wilkerson fled to the neighbor's home presumably in search of a gun to "finish off Heacook or perhaps confront responding officers" but didn't find one and instead went out the window of the second floor. The responding officers then located Wilkerson and took him "into custody without incident."

The second set of dispatchers, responding after Heacook missed the 10-minute welfare check, arrived and found him surrounded by a pool of blood. They assisted Heacook whom they found had "neither pulse nor was breathing" before the emergency medical services took over and brought him to the hospital. The elderly and his wife were also brought to the hospital after officers discovered them.

The Delaware Police said in a statement that Heacook was transported to TidalHealth, Salisbury beore he was transferred with police escort to Shock Trauma in Baltimore because of his "significant head injuries."

According to the police investigation, Wilkerson knocked on the back door of the elderly couple's residence and "was met by the 73-year-old male victim." Wilkerson assaulted the old man as he entered the residence using a "glass object."

He then went on to assault the 76-year-old woman "using the same object" before he left the house. The elderly couple "sustained significant injury" such that the elderly woman was later transported to Shock Trauma as well.

Wilkerson, the Delaware Police added, has been arrested and transported to Troop 5 in Bridgeville with the following charges: attempted 1st degree murder, 2 counts of 1st assault, 2 counts of possession of a deadly weapon during the commission of a felony, 1st degree burglary, 3rd degree assault, and terroristic threatening. Wilkerson has already been arraigned at the Peace Court 3 and "committed to Sussex Correctional Institution on $451K cash bond."

The Blaze noted that, according to the source, Wilkerson had been arrested more than 30 times since 2010. A quick search in the Maryland Judiciary Case portal reveals that he'd been arrested at least 38 times in Maryland alone. These arrests were for "assault, burglary, theft, trespassing, and more."

The unfortunate event comes at a time when police are suffering from a lack of funding. Prayers are requested for Officer Heacook.