An American author shared her ideas on how to fight the leftist principles which the world tries to indoctrinate children with.

Speaking to The Daily Wire, Allie Beth Stuckey, author of the book "You're Not Enough (& That's Okay): Escaping the Toxic Culture of Self-Love," explained that the worldly ideologies can be tackled through exploring the truth of Christian teachings.

In her book, Stuckey reportedly defied the leftists' teaching, which they are trying to educate the American youth with, that "self-love" is the solution to their problems and questions.

Though she believes in the "self-help industry" that guides individuals with steps on how to live a better life, she is concerned about the "New Age idea" which tells people that "you are your own god" and that "life is just a journey" to find their "inner goddess." 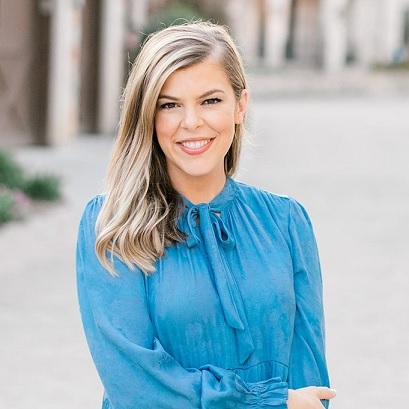 She said that there is no "self-love deficit" in the country and in fact, the Americans are even "obsessed" with themselves, yet the level of depression and anxiety among the youth is "much higher than the previous generations."

The author explained that the lie of self-love causes people to discard "anything that inconveniences" them. But the things such as marriage and having children, which are "greatest sources of joy and stability," need huge sacrifices. Thus, self-love actually robs a person with joy.

"Our quest shouldn't just be to love ourselves more. I'm calling us away from self-focus and self-obsession to look to the God who created us - who tells us who we are, who sent His Son to die for us and gives us our value that we see through that," she pointed out.

She added that alongside "self-love," the world is also teaching the youth with "self-hatred" through "godless ideologies," such as Critical Race Theory and Marxism.

These teachings, which are calling for "everyone [to be] equal in every way," pushes "some people to be self-resentful and self-flagellating" just to achieve theor goals.

But Stuckey said that self-love" and "self-hatred" can be countered through turning to God and the Gospel.

"...everyone is made in the image of God... And because we were made by this Creator, we were all created equal. In that way, we all have equal worth. We all have equal value," she pointed out.

Moreover, she stated that by studying the Gospel, which holds that it is only through Jesus Christ that the sinful man can be reconciled to the Holy God, people will realize their "depravity."

In today's culture, wherein leftist ideas are celebrated while Biblical teachings are frowned upon, Stuckey shared that the young people should question such actions.

To determine whether something is good or bad, she said that Christians should read the Bible and seek the truth.

She added that if a person is only concerned about people's perception and losing friends, his life has no purpose.

"I would encourage you to have the bravery to ask tough questions and to dig yourself - and to not just take what everyone around you is saying or thinking or feeling," she stressed.

Further, she said that people should be bothered about "gender-confused policies" because they affect women and children.

Stuckey declared that Christians are "called to speak up for the voiceless."

The author urged the parents to teach their children about the Christian faith before the world could indoctrinate them with "progressivism."

As one of the ways to insulate children from these worldviews, the author suggested that parents should pull them from public schools.

She stated they should disciple their kids in the Lord, teaching them "how to live out the faith," adding that if someone lacks the wisdom to do such, he should ask from God.

"That's what the world needs right now. Godly, intelligent, stable people offering a stable foundation for kids, raising them to be kind, thoughtful, intelligent, and bold," she pointed out.

However, if a kid has already embraced leftism, Stuckey advised that a parent should be honest with the child and must "speak the truth in love."

She said that speaking about God's truth may not change the heart of a child who went astray but the parents have an obligation to God.

"...your obligation is first to the Lord, which means it is to truth. And I always think that truth and love are intertwined. We cannot separate them," Stuckey concluded.

The author is also a speaker, commentator and podcast host. She discusses about the biblical perspective of culture, politics and news through the Relatable podcast.