A mother from Mississippi reportedly sued the school of her third grade child after the teacher banned her wearing of "Jesus Loves Me" in the classroom.

Life News said Jennifer Booth was told by her 9-year-old daughter that she was not allowed to wear the mask with the print "Jesus Loves Me" in school and asked her child to return to school with it but only came back with the same message.

In an interview with Life News, Booth recalled that the school's principal told her about having to send her daughter home because it was the school's policy that religious symbols are banned in its premises.

Booth then checked the school's handbook and asked the principal where that policy was but the latter was only able to point to a section against "drug culture, profanity, obscenities." Booth then contacted the Simpson County School District to ask about the matter and was given the district's COVID-19 policy.

Booth revealed she discovered that the said policy was modified an hour before it was given her so that it will include language that bans "students from wearing masks expressing religious views." She then filed a lawsuit, entitled "LB v. Simpson County School District," against the school through Alliance Defending Freedom.

The incident happened on October 13 when the principal pulled Booth's daughter Lydia aside and told her she can't wear the mask anymore at school, which she often did several times.

Alliance Defending Freedom pointed out there was "viewpoint discrimination" that took place in line with the child's wearing of the mask because other students where allowed to wear BLM-printed masks in school.

On the other hand, Lydia revealed that wearing the masks actually makes her feel safe.

"It makes me feel like I'm protected by Jesus. And it makes me think people will think it's a great mask, and that Jesus is a great God, and a great Savior," Lydia said last May. 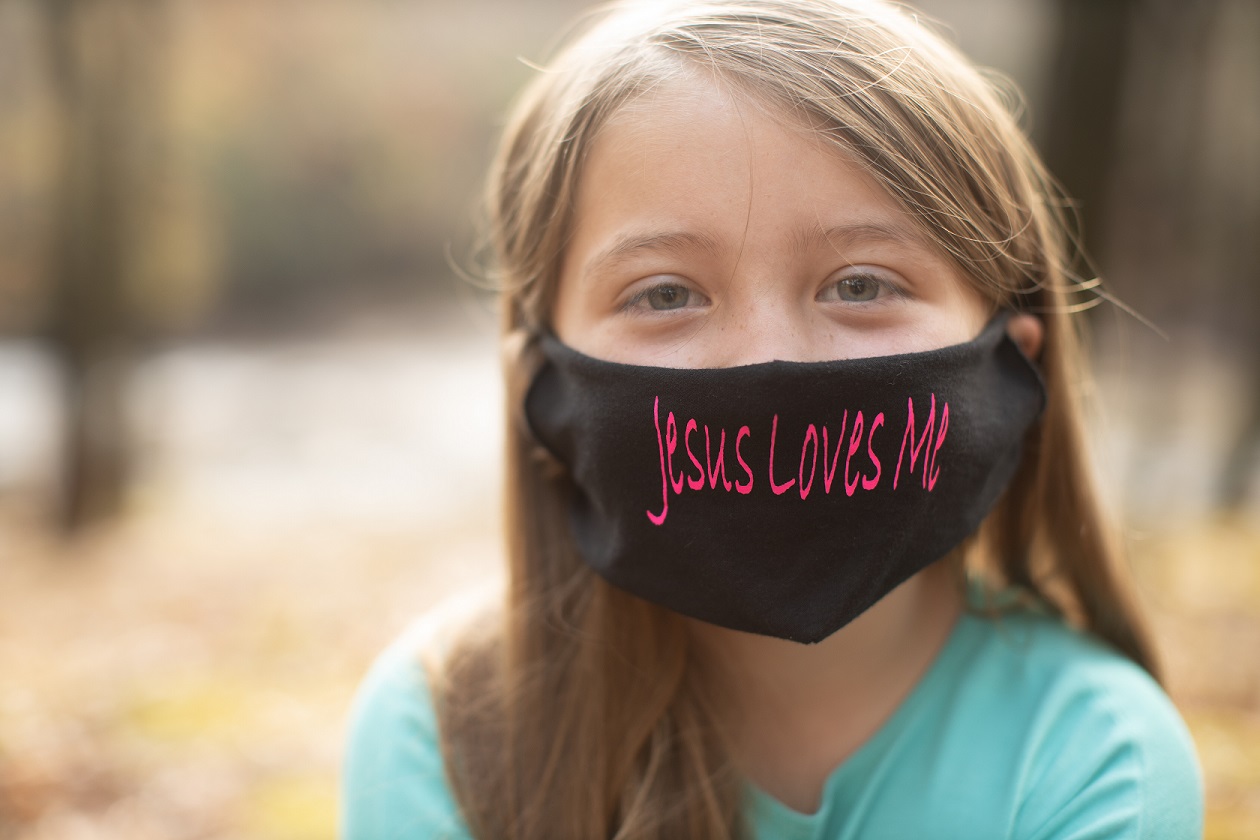 Christianity Daily reported earlier that Lydia and her family has received enormous support for filing the case, which Jennifer finds as a powerful "witness for Christ and even living through some persecution for it." Alliance Defending Freedom published letters of support sent for Lydia that they described "will melt your heart."

"Lydia's story is exactly why we do what we do here at ADF. We advocate for religious freedom, the sanctity of life, free speech, and parental rights in courtrooms across the nation in order to 'keep the doors open for the Gospel.' To keep the doors open for people like Lydia to go and boldly proclaim that Jesus is a great God and a great Savior. Because that is the most important message of all," ADF said in their website on the case.

ADF has launched an online petition to defend Lydia's constitutional rights and in behalf of everyone's religious freedom.