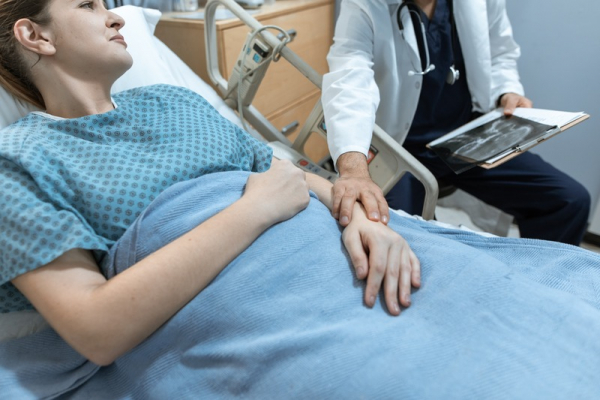 Christian groups in Jersey are calling on community members to participate in a public consultation on proposed legislation that would legalize euthanasia and assisted suicide on the island.

These groups are expressing their concerns about such laws' potential impacts and encouraging Christians to make their voices heard in the consultation process. It is important for all community members to have the opportunity to share their opinions and for their voices to be heard in this important decision-making process.

What is Assisted Suicide

According to Gov.je, assisted dying is a practice in which a person with a terminal illness or severe physical suffering can end their life with the assistance of a medical professional. It is distinct from suicide and is only available to individuals in specific circumstances as defined by the law.

Assisted dying should not be considered a replacement for palliative care and end-of-life services, designed to improve the quality of life and reduce suffering for those approaching the end of their life or living with serious illnesses. Rather, assisted dying is an additional option that some people may choose to have greater control over the timing and manner of their death.

In November 2021, the States Assembly of Jersey made the historic decision to allow assisted dying in principle and to develop plans for an assisted dying service. This decision followed a public engagement period in which islanders were invited to share their thoughts, concerns, and hopes regarding assisted death.

The current consultation represents the second phase of this process and is designed to gather input on the specific plans for an assisted dying service in Jersey. The answers to the consultation will be used to inform the final proposals, which the States Assembly will debate in early 2023.

The draft legislation for assisted suicide in Jersey is scheduled to be debated in late spring or early summer of 2024, with the new law expected to go into effect by 2025. If the legislation is passed, Jersey will be the first jurisdiction in the British Isles and the Channel Islands to legalize assisted suicide.

According to Christian Today, David Greatorex, the Head of Research at The Christian Institute, has expressed opposition to the proposals, stating that they would violate the Sixth Commandment, devalue the worth of every individual as a person made in the image of God, and put pressure on the most vulnerable members of society to end their lives out of fear of being a burden on others. Greatorex also warns that legalized assisted suicide in Jersey could increase pressure on other areas to follow suit.

The Care Not Killing alliance has released a briefing stating that it believes the proposed safeguards for assisted suicide are inadequate and that no safeguards can make a system of euthanasia truly safe for vulnerable people. Both organizations argue that a law allowing euthanasia or assisted suicide is a counsel of despair and that the number of deaths resulting from these practices increases yearly.

In contrast, the laws become broader and broader. They believe that instead of supporting assisted suicide, society should focus on improving palliative care and valuing all human life.

Ciarán Kelly of the Christian Institute has described the assisted suicide proposals in Jersey as "dangerous and vague." Kelly argues that the inclusion of provisions to expand the law to include children in the future potentially demonstrates that it is impossible to establish suitable safeguards once the law is liberalized.

He states that the proposals put vulnerable individuals at risk and denies the value of every person as an individual made in the image of God. If the States Assembly passes the legislation, assisted suicide and euthanasia could become available in Jersey by the end of 2025.