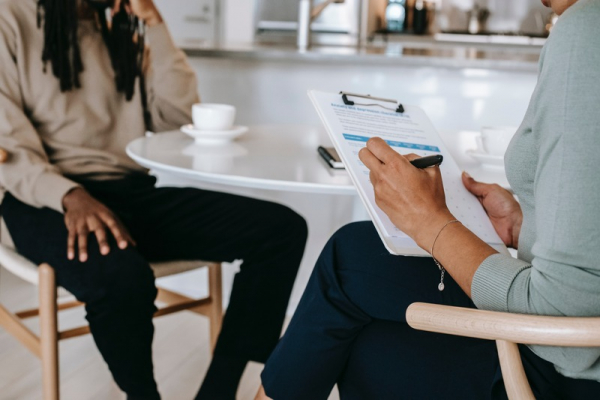 Diane Langberg, a clinical psychologist, encountered a client in the 1970s who revealed that her father had sexually abused her. Langberg was unsure how to handle the situation and sought guidance from her supervisor.

However, the supervisor dismissed the allegations, stating that women often make false accusations and that they should not fool Langberg. This left Langberg trying to decide whether to trust her client's or her supervisor's advice, but she ultimately chose to believe her client.

Sexual Abuse and Abuse of Position and Power

Diane Langberg has been a prominent expert in supporting individuals who have survived abuse and trauma for the past 50 years. When she first started in this field, there was little recognition of sexual abuse as a problem, especially within religious institutions. At the time, churches were perceived as safe and protective spaces.

An article published last year in Christianity Daily reports about Father Marko Rupnik, a 68-year-old Slovenian priest and artist, who has been accused of sexually and emotionally abusing several women at a religious community in Ljubljana in the early 1990s.

The allegations were first reported in Italian media and prompted the Jesuit order to take action against Rupnik, revoking his right to hear confessions. The Vatican's ministry for the doctrine of the faith also became involved in the case. However, they stated that the statute of limitations had expired, making it impossible to put Rupnik on trial.

According to Daily Mail, Rupnik was also found guilty of absolving an accomplice of having sex with him, a severe crime in church law, resulting in his ex-communication from the Catholic Church in May 2020. However, later a Vatican decree lifted the ex-communication after Rupnik acknowledged the offense and repented. The Jesuit superior general, Father Arturo Sosa, stated that the Pope might have been consulted before the decision, but he needed to confirm this.

There is more awareness about the reality of sexual abuse and other forms of misconduct right now, particularly the abuse of spiritual power, Diane Langberg said. Nonetheless, many religious communities and leaders have yet to address the harm caused to abuse survivors when churches ignore the suffering within their congregations.

Diane Langberg believes that by prioritizing the protection of institutions and reputation over the well-being of individuals, they have failed God. Despite the shortcomings of Christian leaders and institutions, Langberg remains a believer in God and continues to attend church. However, she believes these institutions have much to repent for and make amends for. The person speaking, Langberg, is the daughter of an Air Force colonel and grew up attending services of different denominations.

An interview conducted by Christianity Today with Diane Langberg reveals her views and criticisms about these ongoing issues and suggests how these could be resolved. Langberg means that for church leaders to regain trust, the first step is not to ask for it but to understand and acknowledge the harm caused to survivors truly.

Church leaders should take the time to listen to survivors and understand how their actions have been hurtful and damaging, not only in terms of their relationship with the church but also in terms of their understanding of God. Langberg believes that by prioritizing the protection of institutions and reputation over the well-being of individuals, church leaders have failed God and have taught people that the institution is more important than the individuals it serves.

If allowed to speak with a group of Southern Baptist leaders, Langberg would advise them to begin by cultivating humility. She believes that it is impossible for anyone to fully understand the harm caused by mishandling abuse allegations for decades and that apologizing and asking for forgiveness is not enough to fix the problem. Langberg suggests that according to her understanding of scripture and the nature of sin and blindness, this approach is ineffective in addressing the issue.

Langberg learned from abuse survivors that they are incredibly courageous for speaking out about their experiences, even though it often goes against the perpetrator, the church, and God. Survivors often lose their place in the church, status, honor, and trust. Langberg herself has had moments where she considered giving up but was convinced by God to stay and continue her work.