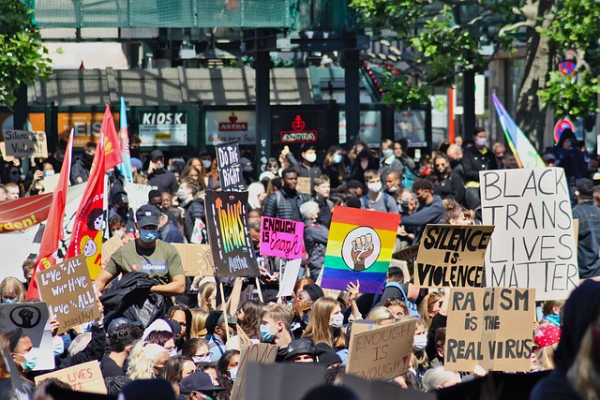 A co-founder of Black Lives Matter is among many people calling for answers regarding the death of Keenan Anderson, a respected high school teacher in Washington, D.C. Anderson allegedly died after being tasered by LAPD officers. Cullors, Anderson's cousin, is joined by his friends, colleagues, and other family members in seeking answers.

According to Yahoo! News, Edited bodycam footage released on Wednesday shows Anderson trying to run away from police and being pinned down by several officers. An officer tasered him with a 50,000-volt charge for approximately 30 seconds and briefly paused before tasering him again. The LAPD said that they gave medical assistance to Anderson at the scene before he was taken to a Santa Monica hospital, and where he suffered a cardiac arrest.

The LAPD said that Anderson was running in the street and behaving erratically. According to LAPD Chief Michel Moore, Keenan Anderson was the suspect in a hit-and-run traffic incident, and he initially complied with officers' orders as they were investigating him if whether he was under the influence of drugs or alcohol. However, later on, he ran away from them, and officers went after him into the middle of the street.

Patrisse Cullors, the co-founder of Black Lives Matter, said in an interview with The Independent that her cousin Keenan Anderson was asking for help but did not receive it, and he died in the hospital hours later. Anderson, a 31-year-old father, and high school teacher, was visiting family in Los Angeles on a winter school break when he got involved in a traffic accident in the Venice neighborhood on January 3rd.

According to Religion News, Melina Abdullah, co-founder of the Los Angeles Black Lives Matter chapter, said that the vigil for Keenan Anderson, who died after being tasered by LAPD officers, was not a protest but a spiritual gathering. Attendees recited Anderson's name and the names of others killed by police and chanted "Asé" as part of an African libation ritual led by activist Dominique DePrima, to call in spirit.

The ritual is part of Ifa, a faith and divination system from West Africa. Abdullah said they would protest in the coming days against police response to traffic, mental health, and school-related incidents. Still, the vigil was meant to give love and spiritual energy to the family.

Several people attended a gathering to honor Keenan Anderson, lighting candles and placing flowers on the corner of Venice and Lincoln boulevards, the site of the Jan. 3 encounter where Anderson died.