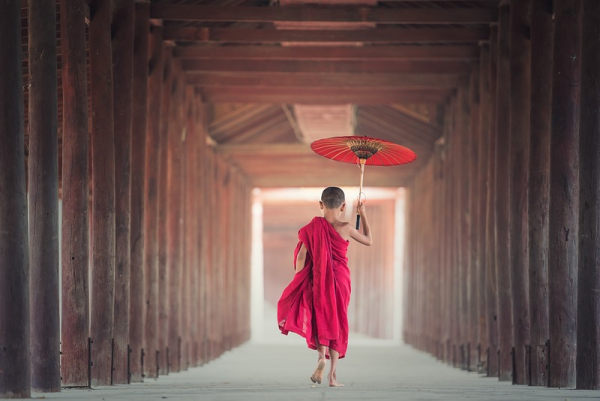 Venerable Joanna, a nun in the eastern P.E.I. monastery, stated that despite the closure to the public due to the pandemic, the curiosity about the daily lives of the women residing in the monastery had remained the same. She mentioned that the most common question they receive is about the activities and daily routines within the sanctuary.

Venerable Sabrina, a nun, acknowledged that it might be unexpected for Buddhist nuns to be living in Atlantic Canada and, as a result, added the question, "Why did you come to P.E.I.?" she also mentioned that she is originally from southern California but has been living on the Island for seven years.

An article in SaltWire, explains what P.E.I. is and its origin. In the mid-2000s, a Buddhist religious community of members from countries such as Taiwan and Singapore set out to find a place to train their followers in a monastery. They found Kings County, P.E.I., a rural area where farming and caring for the land was still an essential part of the community.

However, some locals were curious about why the devouted monks and nuns from halfway around the world would decide to come to P.E.I. Today, opinions about the monastic Buddhist community are divided. Some see it as an immigrant community trying to establish itself in a rural area and facing more nativism than the locals would like to admit.

Others believe it to be a wealthy religious organization that has exploited P.E.I.'s loose control over the protection of agricultural land, raising land prices in the process. It is evident that tensions between Kings County's two main Buddhist groups, the Great Wisdom Buddhist Institute and the Great Enlightenment Buddhist Institute Society, have reached a critical point.

In search of a place to establish a monastic school, Master Zhen-Ru, the spiritual leader of Bliss and Wisdom, traveled the world. After considering Singapore, she ultimately chose Canada for its openness to diversity and religious freedom.

This led to the establishment of monasteries by GEBIS and GWBI in P.E.I. Bliss and Wisdom, also known as Fuzhi, is considered one of the six major socially engaged Buddhist organizations in Taiwan, with 60,000 followers worldwide, including 2,000 monks and nuns. Founded by Venerable Jih-Chang, a disciple of the Dalai Lama, the organization has a history of promoting organic agriculture and educational endeavors.

According to C.B.C., in 2018, the Great Wisdom Buddhist Institute announced plans to construct a vast monastery complex on its property in Brudenell, intending to house 1,400 nuns on a 121-hectare campus.

However, the proposal met with intense opposition at a public meeting in September 2020 in Three Rivers, where the community was in charge of issuing the building permit. David Weale, an Island historian and retired UPEI professor who attended the meeting, said, "You could cut the air with a dull knife," as people were "up in arms."

The motion to issue the permit was defeated, with the main concern being the large amount of land bought by the Buddhists. Venerable Sabrina remembered being surprised at the proposal's reception, as she thought they had done enough to reach out to the local community and answer their questions.

Venerable Joanna stated that the community outreach of the nuns has grown since the approval of the Brudenell monastery proposal, which is now under construction. They have been leading mindfulness sessions around P.E.I. and participating in local traditions such as trick-or-treating.

During a previous investigation by a government committee, the nuns also admitted that they had been ignorant of local knowledge at times. Despite not appealing the Three Rivers permit decision, they have focused on community outreach to understand the P.E.I. community better.