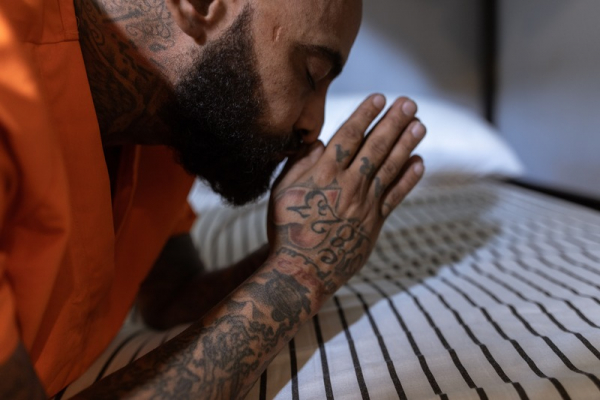 The recent controversy surrounding the Decatur County Sheriff's Office in Indiana has sparked a heated debate over the separation of church and state. A prominent atheist group, the Freedom From Religion Foundation, has accused the sheriff's office of pushing Christianity onto inmates, citing the hundreds of detainees who have been baptized in recent years.

The group's attorney has sent multiple letters to former Sheriff David Durant, alleging that the Decatur County Detention Center is promoting Christianity and coercing detainees into participating in religious exercises. This produced questions about the role of religion in correctional facilities and whether or not inmates are being denied their constitutional rights.

Sparking Controversy and Debate Over Religion in Correctional Facilities

In an article in Greens Burg Daily News, the Decatur County Detention Center in Indiana has recently implemented a faith-based approach to prevent relapse among its inmates. Last December 19, 2022, inmates were baptized as part of the program, led by the facility's Chaplain and Program Director, Dave Burnett, and Residents Encountering Christ's Mariann Scudder. The baptisms occurred in a small holding cell, where the inmates were fully immersed in a horse-trough "baptistry" pool.

The program is the brainchild of outgoing Sheriff Dave Durant, who has been a strong advocate of rehabilitation programs, both faith-based and non-faith based, during his four-year term. Durant has long believed that changing the hearts of inmates is crucial to breaking the cycle of recidivism. Durant left office last January 1.

While the effectiveness of faith-based programs in reducing recidivism is a subject of ongoing debate, the Decatur County Detention Center's approach is a unique and noteworthy example of the intersection of religion and criminal justice.

Changing the Hearts of the Inmates is the Key

Sheriff Durant has long believed that the key to breaking the cycle of recidivism is changing inmates' hearts. According to Fox News, he has said, "the longest distance to travel is the 18 inches between the head and the heart." He believes everything will follow suit if you can change your heart during that journey.

This approach has been successful in the New Day Residents Encounter Christ program he implemented. Durant has said that the program used a lottery system for the reason that the interest in the group's retreat was so high. He even recounted how an inmate he "personally arrested" twice sent a note thanking him for the program. The inmate said he was blessed to have him and her wife for bringing [Residents Encounter Christ] to their Jail. Jesus changed his life and is now in a better place.

Durant's approach of using faith-based programs to change inmates' hearts has impacted their lives and the community as a whole. His approach is a unique and noteworthy example of the intersection of religion and criminal justice.