Experimental COVID Vaccines Cause Thousands Of Deaths, But Media Continue To Suppress This Fact: Report

Dr. Joel S. Hirschhorn, author of "Pandemic Blunder" and a long-time health advocate, claims that vaccine-related deaths will continue to be overlooked by the government and the media in order to protect the profits of the pharmaceutical corporations that manufacture the vaccines.

In an article for the NOQ Report, which was later re-published by Global Research, Dr. Hirschhorn detailed the facts that the mainstream media is either ignoring or downplaying with regards to COVID-related fatalities.

"The point of this article is that the media now is largely ignoring the thousands dying from the experimental COVID vaccines," he wrote. "My exhaustive analysis of medical studies and data reveal that Americans are dying in two different ways because they got jabbed." 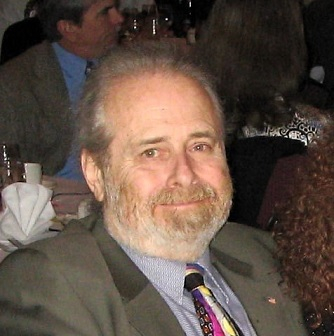 The first is caused by "breakthrough infections."

He explained that this is because the vaccines are ineffective at preventing new infections and, since they are still in the experimental stage, their efficacy wears out after a few months.

He also pointed out that increasing vaccination rates result in a "larger pool of people" who are more susceptible to "infections," and as vaccine efficacy declines, which may be due to the introduction of new virus variants, the likelihood of contracting a breakthrough infection also increases.

"While many breakthrough infections do not cause major medical problems, in a fraction of cases victims need hospitalization and some die," said Dr. Hirschhorn.

"Vaccine-induced blood problems" is the second possible explanation. Blood clots, platelet depletion, and the ensuing bleeding episodes, all of which are potentially fatal, are examples of such complications.

Vaccine-related deaths are on the rise

"My data analysis indicates that now we have probably lost close to 5,000 American lives from the two vaccine related deaths and most likely this will increase to perhaps 10,000 deaths by the end of this year," said Dr. Hirschhorn.

This, he claims, is due to the blatantly corrupt forces in place, who just want to keep pressuring everyone into receiving the vaccine.

"They keep justifying this by saying that only a small statistical fraction of the vaccinated die and compare this to the over 600,000 COVID deaths that the experimental vaccines supposedly could have prevented, "says the doctor who has also led significant health-related research.

"Here is the truth. Vaccine induced deaths cannot be prevented. They result from the deficiencies of the vaccines."

He reiterated what other experts and doctors have been saying for a long time: COVID fatalities have always been extremely avoidable, and there have been many inexpensive, safe, and FDA-approved alternatives available since March 2020.

Concerning individuals who were claimed to have died from COVID, Dr. Hirschhorn argued that they died as a result of COVID rather than from it.

"How could the government let such vaccines be widely used? Follow the money. All the way to big drug companies making vaccines," he said.

Dr. Hirschhorn believes the administration is trying to hide the data. The more Americans learn about breakthrough fatalities, the less likely they are to receive the initial or booster injection.

Knowing that such data would not be provided openly in daily newspapers or nightly network news, Dr. Hirschhorn combed through several different news outlets' coverage on the numbers. The summary is as follows:

New York Times: The list of breakthrough deaths from 40 states and Columbia district has resulted in 1,527 deaths. Dr. Hirschhorn said that if this is extended to the whole country, it may result in 1,899 deaths.

"Expectedly, all the pro-vaccine people in government, public health and the medical establishment think that kind of number is just fine," he commented. "Their argument is simple. With so many millions of people vaccinated a few thousand breakthrough deaths is acceptable. Except for those who die and their family and friends."

They claimed that they were just 2% of patients with breakthrough infections, which equates to 0,0001% of U.S. residents who were fully vaccinated by 30 April.

Heritage: In August, the publication cited statistics from the New York Times that indicated 1,507 deadly cases of breakthrough infection. Additionally, it said that of the 164 million Americans who had a full vaccination against COVID-19, 191 million gained "partial protection" from at least one of the shots.

CNBC: CNBC News reports that 1,400 of the 125,000 people who tested positive for COVID even after being fully immunized died.

Still, they stated that the 125,682 "breakthrough" occurrences in 38 states identified by NBC News constituted less than 0.08 percent of the 164.2 million individuals completely vaccinated since the year began.

New York Magazine: "The message that breakthrough cases are exceedingly rare and that you don't have to worry about them if you're vaccinated - that this is only an epidemic of the unvaccinated - that message is falling flat," said Harvard epidemiologist Michael Mina.

Mayo Clinic: The Mayo Clinic's big pre-print research indicated that the vaccinations' effectiveness against infection had dropped as low as 42%, considerably below the inflated figures mentioned when the experimental vaccines were granted emergency authorization.

It also cited a "leaked CDC document" stating "35,000 symptomatic breakthrough cases" per week as of late last month. This represents about 10% of the entire population of the nation.

"I think the problem we have is people - whether it's the CDC or the people that are doing the briefings - their big concern is, they just want to get vaccinations up," said Dr. Eric Topol. "And they don't want to punch any holes in the story about vaccines. But we can handle the truth. And that's what we should be getting."

For this, Dr. Hirschhorn suggested Health Impact News and 1000 Covid Stories which compiled a significant number of videos about the victims of "brain bleeding, blood clots, loss of platelets and lethal bleeding."

Another example is a Canadian doctor who discovered tiny blood clots in 62 percent of his Moderna immunized patients.

"Keep in mind that many people may be dying from blood problems but no test done to verify it is caused by a vaccine," noted Dr. Hirschhorn

Given all of this data, Dr. Hirschhorn, who is also a member of the Association of American Physicians and Surgeons and America's Frontline Doctors, offered some straightforward advice.

He also made the point that, despite efforts by the NIH, FDA, and CDC to prevent widespread use of prophylaxis and generic medicines, there are still conscientious physicians prescribing alternatives.

Vaccine mandates, on the other hand, remain a problem that must be addressed.