The Tension Between Christianity and the Sexual Revolution: An Analysis of Nicholas Kristof's Views 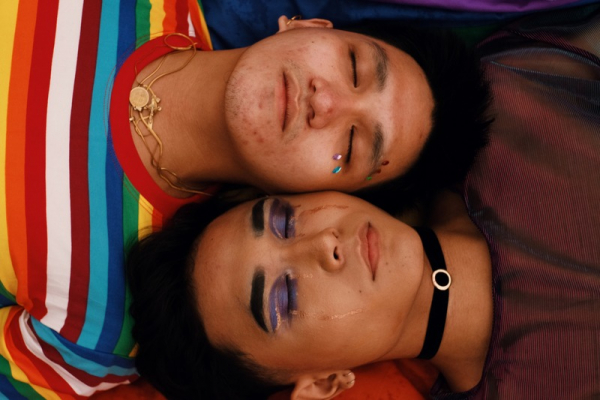 Nicholas Kristof, a New York Times columnist, is being pursued by God but cannot commit to Christianity due to personal issues with sexuality fully. This reflects a wider trend of people who want to be Christian but are unwilling to fully follow the religion's teachings, particularly regarding sexual behavior.

In an interview with evangelical leader Russell Moore, Kristof expressed his ongoing skepticism about Christianity and criticized believers with whom he disagreed politically. According to New York Times, during the interview, Kristof focused particularly on the issues of abortion and homosexuality, arguing that Jesus never spoke directly about these issues and questioning why some believers prioritize these issues over others.

Despite expressing some uncertainty about miracles, Kristof ultimately suggested that his doubts about Christianity come down to his disagreement with certain believers' attitudes towards sex and sexual behavior.

Why Some Leftists Struggle to Reconcile Their Religious and Political Beliefs

Nicholas Kristof has previously questioned why Christians prioritize certain issues, such as opposition to abortion and homosexuality, over others. However, it is suggested that Kristof refuses to consider the answers to these questions in an article.

According to The Federalist, Christians do not solely focus on Jesus' words but also consider the rest of the Bible and practical reasoning when determining their beliefs and actions. For example, Christians have opposed eugenics, even though Jesus did not specifically address it, because it goes against the belief in the value and dignity of all human life. Similarly, the belief that human life in the womb should be protected as "the least of these, my brothers," leads Christians to oppose abortion as a monstrous evil.

Kristof is accused of defending abortion and of being more concerned with conservative Christians' resistance to certain aspects of the cultural and sexual revolutions, such as the LGBT rights movement, than with the actions and beliefs of those on the left.

In an article in Conservative News Daily, Nicholas Kristof wants Christians to accept and embrace the sexual revolution to feel comfortable admiring their charitable work. However, the article suggests that Kristof fails to understand that Christian sexual morality and charitable service to others are connected and derive from the same source.

The Christian virtues of chastity and charity are closely connected and involve deep love and respect for others. Christianity teaches that every person is valuable and deserving of dignity, and this belief should guide all of our relationships, including sexual relationships. The eternal significance of each person means that our actions toward them have eternal consequences.

Christian sexual ethics are not just relevant to believers but are based on human nature and apply to everyone. These ethics protect the weak and vulnerable from being exploited by the strong and promote the natural family, which leads to fulfillment and joy that cannot be obtained through selfish indulgence.

Following these ethics, whether through fidelity in marriage or celibacy outside of marriage, has important public consequences and can help address social issues like child poverty and abortion. According to National Review, in contrast, the ethos of sexual liberation, which treats people as isolated individuals, has had negative consequences for individuals and society, even in times of prosperity and technological advancement.

The sexual restraint that Christianity requires is an important aspect of loving one's neighbor. The negative consequences of our current sexual culture and family life, including loneliness, exploitation, and fatherlessness, are evidence of this. These issues cannot be resolved through technological progress or selfishness, even when framed as enlightened liberalism.

It is common for people to have reservations or objections to certain aspects of religion when considering conversion. Kristof's objections to Christian sexual ethics may be a significant obstacle to fully embracing the religion.

These objections may be based on various factors, including Kristof's personal beliefs, past experiences, or cultural influences. It is important for Kristof, or anyone considering conversion to a religion, to carefully consider these objections and weigh the pros and cons of embracing a new set of beliefs and practices.

This process may involve seeking information and guidance from religious leaders, scholars, or trusted friends and family members. Ultimately, the decision to convert to a religion is a personal one that should be made with careful thought and consideration.