Pope Francis Calls for Peace, Offers Prayers for Mothers Who Have Lost Children in Ukraine-Russia Conflict 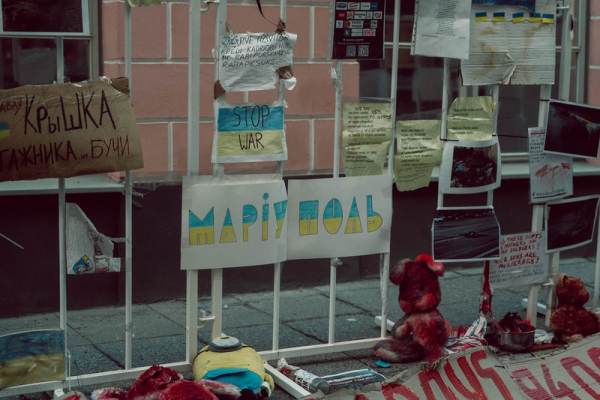 Pope Francis concluded Sunday's Angelus by remembering the Ukrainian and Russian mothers who have lost their children due to the war. He requested that everyone pray for these mothers and all those who are suffering and also called for an end to the war.

Francis called on everyone to remember the suffering of our brothers and sisters in Ukraine, where the ongoing war has caused widespread hardship and suffering, including electricity and heat shortages. He stressed the importance of not forgetting these people, particularly during the Christmas season marked by the war.

In a report of Exaudi Catholic News, Pope Francis mentioned that this morning, he baptized several newborn children of employees of the Holy See and Vatican City in the Sistine Chapel. This Feast of the Baptism of the Lord, he extended his greeting and blessing to all children who have recently been baptized or will be baptized in the coming days.

Pope Francis reminded us that during the Christmas season, we particularly remember the Blessed Mother and her child, Jesus, and the love and care she provided for him. According to Vatican News, in light of this, it is impossible not to think of the mothers who have lost their children in the ongoing war in Ukraine and Russia.

These mothers have had to endure the pain and heartache of losing a child, and their suffering should be remembered and recognized. He called on everyone to offer prayers and support for these mothers as they navigate the difficulties of this tragic situation.

The pope requested that everyone pray for the mothers who have lost their children in the war, including the soldiers on both sides who have fallen. He reminded us that this is the tragic cost of war and called on us to pray for an end to all the suffering caused by the conflict. He stressed the importance of stopping the war and finding a way to bring peace and healing to the people affected by the conflict.

The Urge to End the Violence in Ukraine and Russia

Russian President Vladimir Putin has announced a ceasefire for about 36 hours in Ukraine to mark Russian Orthodox Christmas on January 7. Ukrainian President Volodymyr Zelensky rejected Putin's offer, stating that Russia is attempting to use Christmas to halt Ukrainian progress in the Russian-occupied Donbas region.

The declaration follows a letter from about 1,000 US faith leaders last month requesting a ceasefire within the holidays, inspired by the Christmas truce of 1914 during World War I. The letter argued that pausing the fighting could allow negotiations to resolve the conflict peacefully.

According to Democracy Now, Bishop William Barber, one of the signatories, recently gave a sermon discussing the need for a Christmas truce, stating, "We need a ceasefire to interrupt this warring madness...A ceasefire doesn't mean both sides are equally guilty for starting the war, but it can have the impact of stopping the massive, massive killing on both sides."