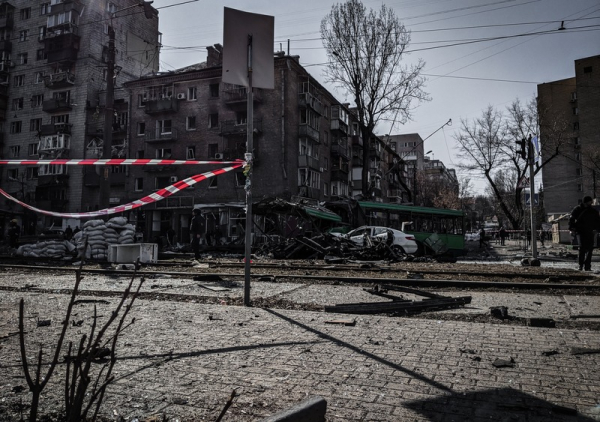 Russia has confirmed that many of its soldiers were killed in a military attack in eastern Ukraine, which has prompted calls from Russian nationalists for the commanders to be held accountable for allegedly placing the soldiers close to an ammunition storage area. This attack is one of the most deadly incidents to occur in the ongoing conflict in Ukraine.

According to MSN, Russia's defense ministry has revealed that 63 soldiers were killed on New Year's Eve in a fire that destroyed a temporary barracks in Makiivka, a city in eastern Ukraine near the Russian-occupied regional capital of Donetsk. This is a rare disclosure of military casualties by Russia. The incident occurred in a former vocational college and is believed to have been caused by an explosion.

In a report by Reuters, Russia has acknowledged that dozens of its troops were killed in a recent attack in eastern Ukraine. The defense ministry stated that four rockets, launched from HIMARS launchers, hit the site where the soldiers were housed and that two were shot down. Ukraine has claimed that the Russian death toll was actually in the hundreds, although pro-Russian officials have disputed this as an exaggeration.

Igor Girkin, a former pro-Russian commander in eastern Ukraine and now a prominent Russian nationalist military blogger, claimed that hundreds were killed or wounded in the attack, which he said was caused by the presence of ammunition and uncamouflaged military equipment at the site.

Other Russian military bloggers have also criticized the decision to house personnel in large numbers in an unprotected building within the range of artillery fire. Russian lawmakers have called for an internal investigation. They have demanded criminal liability for officials who allowed the concentration of military personnel in an unprotected building and for higher authorities who failed to provide sufficient security. Some Russian lawmakers have also called for vengeance against Ukraine and its NATO supporters.

Ukrainian officials stated that this success shows that Russia's strategy of using missiles and drones to disrupt Ukraine's energy infrastructure is becoming less effective, as Kyiv has been strengthening its air defenses for more than 10 months since the invasion by Russian forces.

Also Read: Zelensky Strengthens Crackdown on Ukrainian Orthodox Church As It Threaten Nation's Security Due to Its Affiliation to Russia

Recently, Russia has escalated its attacks on Ukrainian cities, launching more than 80 Iranian-made drones and firing missiles. According to US News, these attacks mark a shift in tactics, as Moscow spaced out such strikes over a week apart. The Ukrainian government and President Volodymyr Zelensky have stated that these attacks have been unsuccessful and will not deter them.

Zelensky has also warned that the attacks may continue in the future. In addition to the attacks on cities, a missile strike in eastern Ukraine destroyed an ice rink in the town of Druzhkivka.

Despite the increased aggression from Russia, Zelenskiy affirmed that the Ukrainian people stand united and will not be defeated. He also indicated that the Ukrainian government does not typically claim responsibility for attacks on Russian-controlled territory in Ukraine.