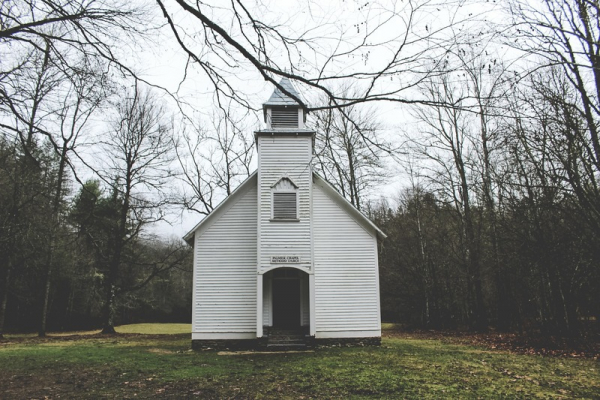 A lawyer representing several Methodist churches attempting to leave the largest mainline denomination in the United States has said that the conflict is ultimately about money and power. The attorney, Dan Dalton, told Fox News Digital that the battles are "about power, and it's about money."

The United Methodist Church, the third largest Christian denomination in the U.S., has been experiencing a fracture in recent years. Since 2019, more than 2,000 U.S. churches have disaffiliated from the UMC after the General Conference voted to approve the church's prohibition on ordaining LGBTQ clergy and officiating at or having same-sex marriages.

Division Driven by Those Seeking More Control and Wealth

According to Fox News, In 2019, the General Conference of the United Methodist Church (UMC) approved Paragraph 2553 of the Book of Discipline, which allows UMC churches to leave the denomination and take their church buildings and property with them if they receive the approval of two-thirds of their congregation and their regional governing body.

To leave the United Methodist Church (UMC), churches must pay their share of clergy pension liabilities and two years of financial contributions, known as "apportionments," to the larger denomination. This requirement was established to allow churches to depart from the UMC while still adhering to its laws and regulations.

In June, several traditionalist members of the Methodist clergy told Fox News Digital that conservative churches are splitting off from the denomination because liberal leaders within the UMC have chosen to disregard a 2019 vote by ordaining gay clergy and performing same-sex weddings.

Numerous conferences put the separation procedure on hold until the disaffiliation clause in the Book of Discipline ran its course the following year. The procedures for departing could alter. According to an email sent to member churches on December 28, the North Georgia Conference, in which a megachurch agreed to pay $13.1 million to leave last June, recently justified its claims to temporarily stop any further disaffiliation efforts until the next General Conference in April 2024 by citing "misinformation."

Methodist Schism Driven by More Than Just Sexual Morality, According to Church Leaders

According to attorney Dan Dalton, who represents the First United Methodist Church (FUMC), the local Methodist churches hold the finances while the conferences do not. In an article in UM News, Dalton explained that as churches leave the United Methodist Church (UMC), the discussions lose the financial contributions, or "apportionments," that they were providing, leading to a decline in their ability to survive.

The UMC's General Conference is expected to have the lowest budget in almost 40 years as the denomination loses churches. Dalton believes that the denomination's efforts to prevent further disaffiliation are motivated by money and disputes the idea that the schism within the Methodist church is solely about sexual morality.

In an article in The Week, according to Keith Boyette, a top staff member at the Global Methodist Church (GMC), which was created as a traditionalist alternative for Methodist churches worldwide on May 1, 2022, the split within the Methodist denomination did not have to be as contentious as it has become.

Boyette was involved in drafting the "Protocol of Reconciliation and Grace Through Separation," a strategy for an amiable divorce; in 2020, its approval was constantly delayed owing to the epidemic. Boyette remarked that churches are engaged in "a struggle for the essence of Methodism" and noted that Methodist congregations worldwide are leaving the United Methodist Church (UMC), including everyone in Slovakia and Bulgaria.

Thomas Lambrecht, the vice president of the UMC's traditionalist Good News caucus, told Fox News Digital in June that the denomination is being torn apart by "deep theological and ethical conflict" that reflects broader cultural divisions. Some churches leave the UMC to choose to remain independent, while others join the GMC.