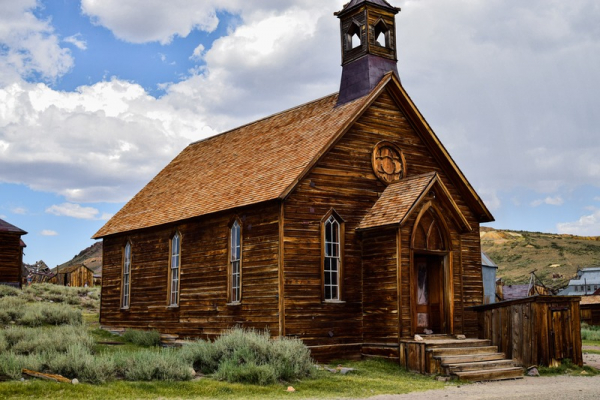 As Advent ends, the United Methodist Church's Holston Conference is in a waiting period, along with the rest of the denomination. This waiting season follows the conclusion of Christianity's Advent season, which took place on Christmas Sunday.

The United Methodist Church's Holston Conference is scheduled to hold a called meeting on April 23, 2023, during which a significant number of the conference's likely more than 800 churches, will be granted permission to disaffiliate or leave the denomination. This move follows a period of waiting and uncertainty within the UMC.

The United Methodist Church's Council of Bishops recently held a five-day meeting during which they recognized the imminent split of their denomination. As reported by The Columbian, this split will be formalized with the launch of the Global Methodist Church, a theologically conservative group, on December 31.

The creation of this new denomination has been fueled by frustration with liberal churches within the UMC that have disregarded bans on same-sex marriage and the ordination of openly gay clergy. Bishop Thomas Bickerton, the newly elected president of the Council of Bishops, lamented the formation of the Global Methodist Church but also emphasized the importance of diversity within the UMC. He called for an end to the infighting and for the UMC to refocus on its mission to spread the teachings of Christ.

In a report by CBN News, Thomas Bickerton said that the denomination is not interested in continuing with issues such as sexism, racism, homophobia, irrelevancy, and decline. Instead, he believes that the UMC should focus on discovering what God has in store for the denomination as it looks toward the future.

Bickerton, who leads the UMC's region in New York City, replaced Cynthia Fierro Harvey as president of the Council of Bishops. Harvey, who preached during her final address as president on April 25, acknowledged that it might be necessary for some members of the UMC to leave the denomination to move forward. The Rev. Keith Boyette, chairman of the new Global Methodist Church's Transitional Leadership Council and a United Methodist minister in Virginia, said that the launch of the new denomination on December 31 would be a low-key event, with churches joining over some time.

Split Could Potentially Result in the Formation of New Denominations

The Rev. Tim Jones, director of communications for the Holston Conference of the United Methodist Church, which includes churches in Northeast Tennessee and Southwest Virginia, has said that both sides have made hurtful and painful statements in the debate over issues such as same-sex marriage and the ordination of LGBTQ clergy as cited by WJHL.

In 2019, a narrow majority voted to retain the bans on these practices, but some church leaders with traditional views on these issues have expressed concern. Jones suggested that these churches may have been considering breaking away from the centralized system of the UMC, which owns all property and uses an itinerant system for assigning bishops and pastors, due to the potential for changes to the Book of Discipline and the arrival of more liberal clergy.

LGBTQ issues have caused significant division between the United Methodist Church and the American church. In 2019, many UMC churches began considering leaving the denomination due to these issues. In response, the UMC's Book of Discipline, which serves as a constitution for the church, added a new paragraph outlining the process for disaffiliation of local churches over issues related to human sexuality.

This process allows local churches to disaffiliate from the UMC for reasons of conscience regarding changes to the Book of Discipline's requirements on homosexuality, ordination, and same-sex marriage, provided that they follow a specific set of steps and vote two-thirds in favor of leaving. The Holston Conference, which includes churches in Northeast Tennessee and Southwest Virginia, has implemented a 90-day "spiritual discernment process" for churches considering disaffiliation. Jones said that some churches in the conference have already reached the voting stage but declined to give specifics. He also noted that some churches might reverse their decisions before the final April meeting, as in other conferences.