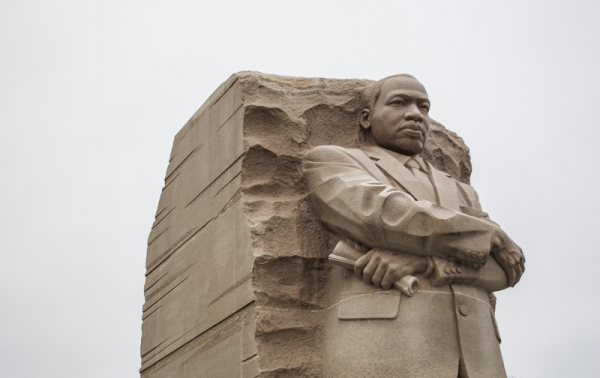 (Photo : Pexels/Gotta Be Worth It)

In honor of Dr. Martin Luther King Jr.'s life, President Joe Biden will attend a worship session in Georgia at the reverend's former church, where he formerly served as the senior pastor.

On Sunday, the day before the federal Martin Luther King Jr. holiday, Ebenezer Baptist Church of Atlanta has announced that Joe Biden will be giving the message during the 11 a.m. service.

According to Chrisitan Post, on the Sunday before Martin Luther King Jr.'s federal holiday, a celebration of the civil rights hero's life will be held at the Ebenezer Baptist Church in Atlanta, Georgia. During the 9 a.m. service, Democratic Senator Raphael Warnock, the church's pastor, will deliver the message.

Additionally, Joe Biden, the president of the United States, will also give a message at the 11 a.m. service, and this isn't the first time he has visited Atlanta; he saw the city on January 2022 to provide remarks at the Atlanta University Center Consortium on voting rights and referred to the town as "the cradle of civil rights" according to the White House.

On President Joe Biden's last trip to Atlanta, Georgia, he visited Ebenezer Baptist Church, where he paid his respects to the late Reverend Martin Luther King Jr. by visiting his burial place and encounter with the surviving members of the King family.

During his visit, Biden also praised Georgians' voter outreach and registration efforts, stating that the hard work of democracy has been done for years in Georgia by registering voters, educating them, and getting them to the polls. He also highlighted the diversity of voters, stating that the coalition of voters is built with people of different ethnicities, urban and rural areas, working class, and middle class.

Also Read: President Biden Defends Decision Not to Attend Pope Benedict's Funeral Saying His Presence Will 'Get in the Way'

In a report by Christian Post, Ebenezer Baptist Church is a historic church in Atlanta, Georgia, founded in 1886. It is best known for its association with the Reverend Martin Luther King Jr., who was the church's co-pastor from 1960 up until his assassination in 1968.

During his tenure at the church, Rev. King Jr. delivered many of his famous speeches and sermons, which became a powerful symbol of the Civil Rights Movement and helped to inspire social and political change in the United States.

Together, the father and son team helped make Ebenezer Baptist Church one of the most important historical sites for the Civil Rights Movement and for understanding the life and work of Martin Luther King Jr.

Ebenezer Baptist Church is now a National Historic Landmark and open to public visit as a museum and center to honor King's legacy. It is also known to have around 6,000 members. The church received renewed attention from the national audience in 2021 when its Lead Pastor, Raphael Warnock, was elected as U.S. senator through a special runoff election.

According to CBS News, During his victory speech, Warnock made an emotional reference to his background, saying, "The other day, because this is America, the 82-year-old hands that used to pick somebody else's cotton went to the polls and picked her youngest son to be a United States senator,". He remarked that the journey that led him to this momentous point in history could only happen in America.

In the December of the same year, Warnock won the runoff election against his Republican rival, the former professional football player Herschel Walker, getting 51.4% of the vote compared to Walker's 48.6%.