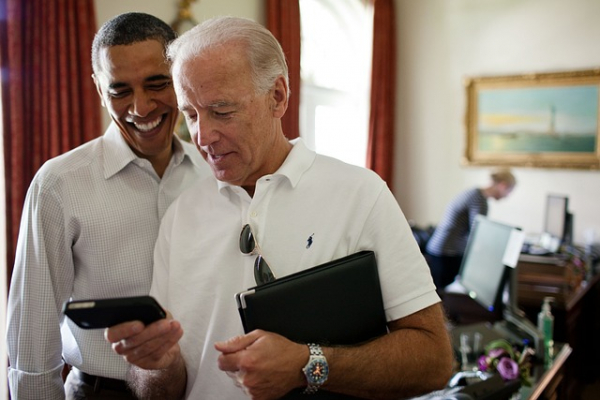 During a press briefing, a reporter asked President Biden why he was not attending Pope Emeritus Benedict XVI's funeral, which took place on Wednesday. The exchange was reportedly awkward, with the reporter pressing the President on his decision not to attend the funeral.

President Biden did not give a specific reason for his absence, but it is believed that he had a scheduling conflict. Some have criticized the President for not attending the funeral, raising questions about diplomatic ties between the United States and the Catholic Church.

According to MSN, a reporter asked President Biden why he will not be able to attend Pope Emeritus Benedict XVI's funeral scheduled for the following day. The President responded by saying that it would require a large entourage to attend the funeral and that their presence would "move everything in the wrong direction" and "get in the way."

He also said that Pope Benedict XVI was a "fine man."

On Tuesday, the White House press secretary, Karine Jean-Pierre, announced that the U.S. ambassador to the Holy See, Joe Donnelly, would represent the United States at Pope Emeritus Benedict XVI's funeral. This announcement was made in response to questions about President Biden's absence at the funeral.

In the report of Fox News, Pierre stated to the reporters, "The U.S. Ambassador to the Holy See, Joe Donnelly, will represent the United States at the pope's funeral, in line with the wishes of the late pope and the Vatican. This is what - this is what their requests were. This is what their wishes were. And so, that's what you see from the U.S.,"

According to another article by The Independent, President Biden stated that he would not be attending Pope Emeritus Benedict XVI's funeral, which was scheduled to take place on Thursday because his presence would require a large entourage of security and other personnel, which would be disruptive.

Pope Benedict, who served as pope from 2005 to 2013 and was the first to resign since 1415, passed away on December 31, 2021. His funeral was to be conducted by his successor, Pope Francis. In the past, U.S. presidents have attended the funeral of deceased popes, including George W. Bush and Bill Clinton, who both attended Pope John Paul II's funeral in 2005. Pope John Paul II was the leader of the Catholic Church and the sovereign of Vatican City.

President Biden, along with his wife Jill, expressed their condolences at the passing of Pope Emeritus Benedict XVI in a message in The White House.

The President mentioned that he had the privilege of meeting Pope Benedict at the Vatican in 2011 and remembered his generosity and their meaningful conversation. Pope Benedict was a renowned theologian with a lifetime of dedication to the Catholic Church and was guided by his principles and faith.

President Biden also highlighted Pope Benedict's belief in the importance of global solidarity and his focus on the ministry of charity. He concluded by saying that Pope Benedict's legacy should serve as an inspiration to all.