Pope Benedict XVI Passes Away at 95, Remembered for His Defense of Orthodoxy and Historic Resignation 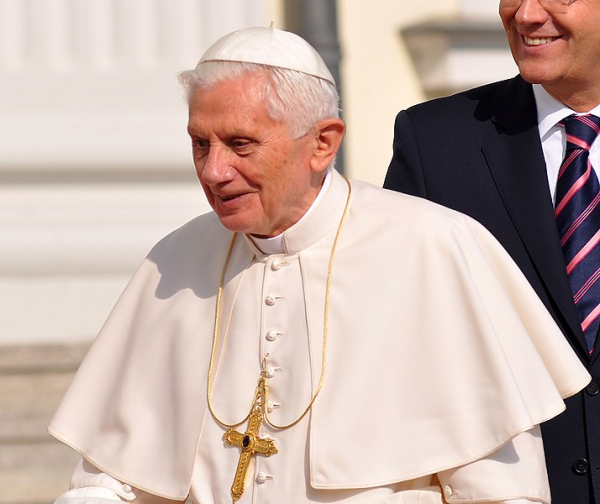 No further information has been provided at this time. Pope Benedict XVI served as the Pope from 2005 to 2013, when he resigned, becoming the first Pope to do so in over 600 years. He was known for his defence of orthodoxy and his historic resignation.

Cardinal Joseph Aloisius Ratzinger, who became Pope Benedict XVI, was designated Pope in 2005. He served in that role until 2013, when he became the first Pope to resign in over 600 years. He said his old age and lack of strength were the reasons for his resignation.

In an article by Catholic News Agency, Ratzinger had made significant contributions to the Church and the world as a theologian and the prefect of the Vatican's Congregation for the Doctrine of the Faith before his time as Pope. He was known as an articulate defender of Catholic teaching and used the term "dictatorship of relativism" to describe the increasing intolerance of religious beliefs in secular society. His contributions to the Church and the world will continue to be studied and remembered.

During his time as Pope, he faced the challenge of addressing the rising aggression towards the Church and Catholicism, particularly from secular Western society. He also played a key role in addressing sexual abuse within the Church, including changing canon law and dismissing hundreds of offenders from the clerical state.

He also launched an investigation into the Legionaries of Christ following allegations of sexual abuse by its founder. Pope Benedict XVI was a well-known author, with millions reading his books such as "Introduction to Christianity" and the "Jesus of Nazareth" series. He made history in 2013 when he became the first Pope to resign in almost 600 years, retiring to the Mater Ecclesiae monastery in the Vatican City State.

Benedict Coined as an Orthodox Pope

Pope Benedict XVI, also known as Joseph Ratzinger, was considered an "orthodox" Pope within the Roman Catholic Church, meaning he upheld traditional teachings and beliefs. According to The Gospel Coalition, he was known for his commitment to the Bible being interpreted through the lens of the authoritative magisterium, or the teaching authority of the Church.

For his adherence to the Nicene Creed, the Canons of Trent, and Vatican I. Benedict also believed in the representation of Christ's sacrifice in the Eucharist and the hierarchical structure of the Church. They saw the mission of the Church as one of embracing the entire world. He resisted secularising trends and liberal tendencies within the Church.

He was considered more "Roman" in his focus on the Church's doctrine and structure than Pope Francis, his successor. On the other hand, Pope Francis has worked to make the Church more "catholic" and inclusive rather than focusing on its Roman elements. It is not yet clear how the Church will navigate these tensions.