Christianity's Downfall Would be Inevitable If Christian Nationalism Not Halted 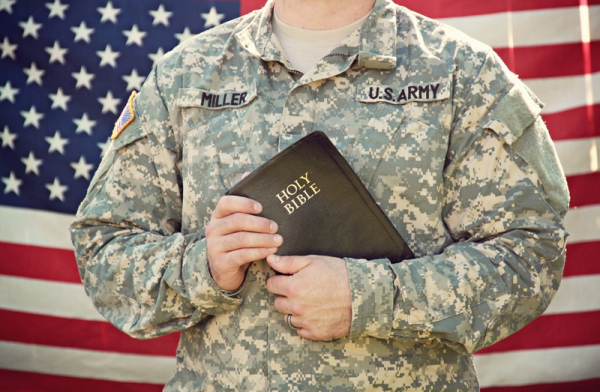 Christian nationalism has significantly impacted American politics and policy since its founding, and the movement behind it has grown more powerful recently.

It is said that Dobbs ruling was a recent victory for Christian nationalists. It suggests that the influence of this movement can be seen in various other political issues, such as abortion rights, the "Don't Say Gay" campaign in Florida, opposition to critical race theory, voter suppression laws, and the Russian Orthodox Church's efforts to gain influence in Ukraine.

Exploring the Roots and Impact of White Christian Nationalism in America

According to ISPS, White Christian Nationalism differs from being a patriotic Christian, referring to loyalty to one's group rather than the country. The author, Gorski, argues that white Christian nationalism in the US has deep historical roots dating back to the late 1600s.

According to the adherents of this ideology, Christians built America, and its institutions and laws were based on Reformed principles to promote their religion and ideals against perceived threats from non-whites, non-Christians, and immigrants. Gorski explains that this feeling intensifies when white Christians feel threatened during the war, increased immigration, or economic upheaval.

According to a recently published article in Christianity Daily, the belief of Christian nationalism is the idea that Christians should strive to regain control of America from non-Christians. It references the Appeal to Heaven flag used during the American Revolution. It is associated with George Washington and represents the idea that citizens have the right to use armed force to overthrow tyranny.

The survey also looks at the influence of Christian nationalism on the two major political parties and religious subgroups in America today. A panel of experts will discuss this survey's results on February 8th, which Brookings and the Public Religion Research Institute are jointly releasing. It will provide insight into Christian nationalism, its effect on American democracy, and the overall well-being of our society.

Also Read: Christian Nationalism Movement and the Arguments and Fears that Comes Along With it

Unpacking the Matrix of Christian Nationalism

It is crucial to understand the complex system of values and beliefs that make up Christian nationalism. According to Waging Non-Violence, these include the idea that a specific, regressive form of Christianity is the only true religion, the promotion of white supremacy and traditional gender roles, the justification of militarism and violence, the acceptance of scarcity as an economic reality, and the blame placed on marginalized groups for societal issues.

One key aspect of this belief system is the use of the Bible to justify extremist ideas and discriminate against certain groups. Examining the Bible and its historical context is necessary to challenge these harmful ideas and understand its valid message.

We must take action to confront Christian nationalism and honor the God who calls us to work towards progressive policies that uplift all Americans. This includes challenging extremist ideologies, promoting social and economic justice, fostering community and healing divides, and equipping leaders to counter harmful narratives.

We can draw inspiration from historical figures such as Rev. Dr. Martin Luther King and welfare rights activists as we strive to create a better society. We are in a transformative period, where the old ways of society are dying, and new ones are being born. It is up to us to choose whether to heal and progress or allow Christianity to fail. As Rev. Dr. King said, "this is what we have to do."