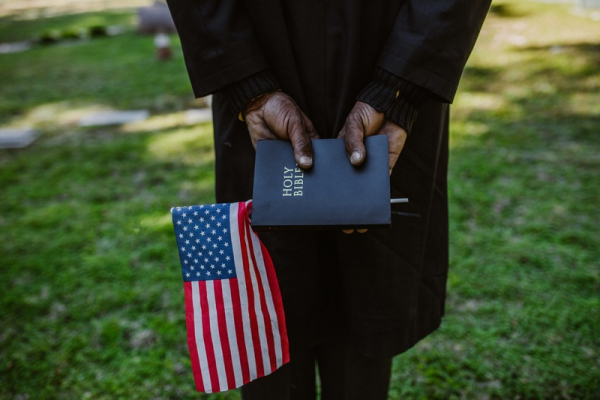 White Christian nationalism is becoming more potent in some parts of American politics and is seen as a danger to democracy and culture.

A survey conducted by PRRI and Brookings of over 6,000 Americans examines the beliefs of white Christian nationalists and provides new data on how many Americans support or reject this ideology.

According to an article in ISPS Yale University, Philip Gorski, the chair of the Department of Sociology at Yale, states that whenever some people heats the phrase "white Christian nationalism" in the news, they may not understand its true meaning.

According to adherents, Christians built America and based its institutions and laws on Reformed principles to promote their religion and these ideals in the face of dangers from non-Whites, non-Christians, and immigrants.

He explains that when white Christians see themselves to be under threat from outside sources, this feeling is magnified by war, increased immigration, or times of economic upheaval.

According to a recent article in Christianity Daily, on January 6, a group of Trump followers gathered at the U.S. Capitol's northwest border, including members of the Southern Poverty Law Center's Proud Boys hate group.

They were yelling insults and acting furious. A white flag bearing the words "Proud American Christian" and an image of a "Jesus fish" in the colors of the American flag emerged above the crowd as they drew near a barricade that had some police guarding it.

Many insurrectionists reflected an aggressive and hypermasculine brand of Christian nationalism, which has been connected to Donald Trump's religious base. They frequently exploited their religious convictions as a source of motivation and justification for their acts.

On social media, Congressman Glenn Grothman shared a picture of his office welcoming visitors again. The photo showed a white flag with the words "Appeal to Heaven" and a pine tree placed nearer to the office's door than the American and Wisconsin state flags. Critics claim that the flag is linked to a particular branch of Christian nationalism and played a significant role in planning the riot on January 6th in the United States. Capitol.

Also Read: Christian Nationalism Movement and the Arguments and Fears that Comes Along With it

Exploring Christian Nationalism: Its Intersection with Other Ideologies

Christian nationalism is the belief that Christians should work to regain control of America from non-Christians. The Appeal to Heaven flag, used during the American Revolution, is associated with George Washington and represents the idea that citizens have the right to use armed force to overthrow tyranny.

According to Brookings, the survey conducted by PRRI delves into how Christian nationalist beliefs intersect with various other ideologies such as white identity, anti-Black sentiment, patriarchy, antisemitism, anti-Muslim sentiments, anti-immigrant attitudes, authoritarianism, and support for violence. It also explores the influence Christian nationalism has on the two major political parties and religious subgroups in America today.

A panel of experts will discuss the results of this new, comprehensive national survey on February 8th, which Governance Studies are jointly releasing at Brookings and the Public Religion Research Institute. They will provide insight into Christian nationalism, its effect on American democracy, and the overall well-being of our society.