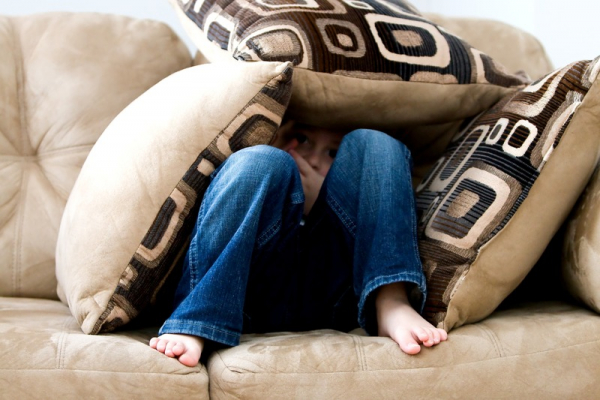 Jinger Duggar Vuolo, formerly of TLC's "19 Kids and Counting," opened up about her strict religious upbringing. Describing her childhood as being in a "cult-like" religion, Vuolo revealed that she was constantly "terrified" of the outside world.

In a recent interview with People, Jinger Duggar Vuolo reveals the negative impact of the strict Christian teachings she was raised with and how she found liberation in 2017. "I was taught that certain things such as wearing pants, listening to music with drums, the places I went and the friends I made could bring harm," she stated. "Fear was a huge part of my childhood. I felt I had to conform to certain dress codes and customs to appease God."

Jinger Duggar Vuolo, TLC's "19 Kids and Counting" and "Counting On," opens up about the Fear and restrictions she experienced during her childhood raised by her parents, Jim Bob and Michelle Duggar, who are devoted followers of the Institute in Basic Life Principles (IBLP).

The IBLP is an organization established by Bill Gothard in 1961, which teaches that women should be subservient to their husbands and followers should avoid dancing, dating, and modern popular culture.

Even while participating in a sport like broomball, Vuolo felt "terrified" she may be going against God's will and that she could get killed in a car accident on the way. The IBLP faced accusations of harassment and molestation by more than 30 women in 2014, leading to the resignation of Bill Gothard.

According to Jinger in a Daily Mail article, these teachings were "rooted on dread and superstition," which made her wonder what God expected of her and made her fearful of breaking the rules or making a mistake. She continues, "crippled with anxiety" and "terrified of the outside world," because of the lessons' rigorous rules.

Jinger explains that even when she and her family went to play a sport, she thought she would be killed and that she remained to live in Fear because she wasn't allowed to listen to certain types of music or be friends with certain people.

She described her childhood as having "cult-like tendencies" and revealed that her newfound freedom had caused some tension with her parents. Despite this, she understands that they are on their journey and that they can come to different conclusions.

The 29-year-old also touched on how her childhood affected her dating life and the courtship rules she was taught to follow. She explained that the rules were strict and that those who did not follow them were setting themselves up for a life of disaster. She now looks back on her past views and finds it amusing that she was so consumed by the idea that a successful love life required a chaperone, not holding hands and not kissing.

Jinger also revealed that she has re-examined her relationship with God and has had to return to the Bible for every topic. She mentioned birth control as an example, saying that she once believed it was "so wrong" but now no longer sees it that way.

Is it Faith? Or is it Fear?

An article published about "Faith or Fear?" in Psychological Science, a 2006 paper in Evolutionary Psychology by Dominic Johnson and Jesse Bering, proposed that natural selection may have favored a widespread belief in supernatural punishment among humans.

The authors noted that humans have two unique features that set them apart from other organisms: the ability to understand mental states outside of oneself quickly and to communicate complex ideas through language.

These abilities allowed early humans to keep each other's selfishness in check by communicating and reporting bad behavior to others, which gave them a unique position to regulate each other's behavior.

The authors argue that as human communities developed language, individuals who believed in both human and divine punishment behaved in a way that protected them from their selfish impulses.

This extra layer of protection from divine punishment provided a better social strategy than Machiavellian-style conniving because even if prehistoric "Machiavellians" were exposed only rarely, the cost of such exposure was prohibitively high. The belief in divine punishment may have prevented such individuals from misbehaving in the first place, increasing their chances of reproductive success.

Despite the negative emotional consequences, people continue to believe in hell, suggesting that divine-punishment beliefs may be part of a delicate balance between the well-being of individuals and groups and social shifts.

The authors argue that while groups benefit from the ethical behavior of their members, individuals bear the emotional costs of a society that follows norms out of Fear. When secular rule enforcement is effective, individuals may benefit as the community relies less on divine punishment and more on the human penalty to encourage positive behavior.

As belief in the wrath of a higher power decreases, religions may focus on the benevolent aspects of their respective God to attract converts. The authors acknowledge that further research is needed to confirm these hypotheses about religion's social and psychological role.