Bear Grylls Emphasizes the Importance of Faith in Survival, Decries Lack of Substance in Western Church 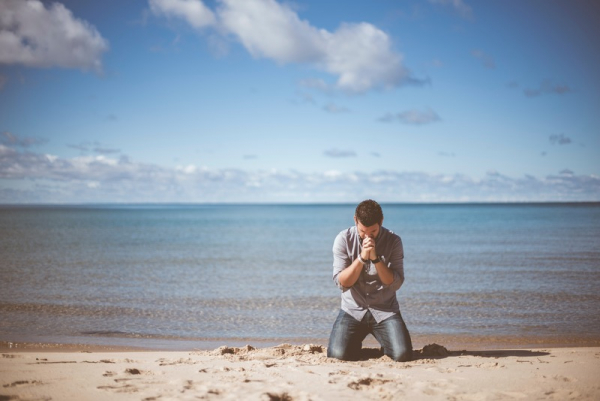 Bear Grylls is a survivalist and TV host who is open about his Christian faith and how it serves as his foundation for an empowered life. Still, he does not want to be biased in his message to make it inoffensive to a religious audience and is not fond of Western church culture.

Bear Grylls, a 48-year-old British adventurer, stated that he believes Jesus would struggle with most churches today and that his job is to stay close to Christ and drop the religious, fluff, and Church if necessary. He believes that the critical aspect of the Church is a community, friends, honesty, faith, and love. Jesus would only recognize a few elements, such as masks, performances, music, worship bands, and other aspects.

In an article in Christian Post, Bear Grylls, a former British Special Forces soldier and Everest mountaineer, has expressed his dislike for what he calls "religious language," which sanitizes messages and doesn't allow for honesty, doubt, and failure.

Grylls has starred in several TV shows, including the famous "Man vs. Wild," and has survived numerous dangerous expeditions, including climbing Mount Everest, eating exotic foods, and surviving a free-fall parachuting accident in Africa. He has also written several books on survival skills and fiction, which have sold over 15 million copies worldwide.

He believes that the Church should be a place for doubt and questioning and that it has strayed away from its roots. He believes that honesty and a zero-fluff approach to life have made him a worldwide sensation and one of the most recognized faces of survival and outdoor adventure.

Grylls wrote a book titled "Mind Fuel: Simple Ways to Build Mental Resilience Every Day," which talks about practical ways to practice a God-centered life with a healthy outlook and lifestyle.

According to Christian Book, Bear Grylls, a world-renowned adventurer, provides daily advice based on his survival experiences to help individuals build mental resilience. He shares tips he has used to conquer fears and achieve success in his new book, Mind Fuel, co-written with Will van der Hart.

The book helps readers combat stress, establish new habits, live courageously, and overcome limiting beliefs. The book is a collection of one year's worth of guidance and advice to help individuals tackle any challenges that life may present.

Bear Grylls believes that mental health is essential to leading an empowered life, just like spiritual and physical health. He told Christian Post that he wants to equip people with the tools they need to navigate an increasingly anxious and depressed society. He encourages people to take preventative measures for their mental health by using the tips and advice provided in his book "Mind Fuel."

Grylls wrote the book for people going through difficult times and those who want to build mental resilience before they need it. He emphasizes the importance of taking action and seeking help before experiencing mental health issues.

Celebrities and those who have starred in multiple shows significantly impact driving people's minds to a better outlook and spiritually influence them. An article in Christianity Daily talks about Kim Kardashian, in which she revealed that her kids couldn't go to bed if they did not pray. The Kardashians are famous in terms of their wealth and entertainment.

On a podcast, Kim Kardashian recently discussed the importance of prayer in her and her children's lives. She said she makes a point to pray with her children every night, even if she is out of town, using FaceTime. She has taught her children the value of talking with God, and they expect her to pray regularly.

Additionally, she tries to protect her children from social media and harmful content by controlling what is shown on the TV in their homes. She also discussed the challenges of co-parenting and her main priority of ensuring that her children have the best experiences in life, just as her parents did for her.

She works hard to keep their lives as normal as possible, even if she is going through a difficult time, and she puts on a happy face and acts like everything is fine while she is with them. Once they are no longer with her, she can feel and deal with her emotions. She also prays for health, happiness, and calmness, trusts in God and love, and believes that He will bring her the right romantic partner. This just shows that she is also fortifying mental health of her kids through faith.