Kim Kardashian Reveals Daily Prayer Routine with Kids: 'They Can't Go to Bed Without That

Kim Kardashian recently opened up about the difficulties of co-parenting with her ex-husband Kanye West during a podcast. Despite the challenges, she emphasized the importance of providing a sense of normalcy for her children by praying with them every day before bed.

The reality star became emotional while discussing the topic, indicating the deep care and concern she has for her children's well-being.

Kardashian Shares Her Beliefs in God and Love

Kim Kardashian recently spoke about the importance of prayer in her life and the lives of her children on the "Angie Martinez IRL Podcast" on Youtube. According to Geo News, she revealed that she makes a point to pray with her children every night, even if she is out of town and has to do so over FaceTime. The reality star and mother of four emphasized that she has taught her children the value of talking with God and that her children expect her to pray with them regularly.

In an article in the Christian Post, Kim shared that she makes an effort to protect her children from social media and negative content by controlling what is shown on the TV in their homes. She also talked about the challenges of co-parenting and how her main priority is ensuring that her children have the best experiences in life, just as her parents did for her. She said that she works hard to keep their lives as normal as possible, even if she is going through a difficult time, and that she puts on a happy face and acts like everything is fine while she is with them. Once they are no longer with her, she can then allow herself to feel and deal with any emotions that she has.

She said that she prays for health, happiness, and calmness she believes in God and love, and trusts that He will bring her the right romantic partner. Kardashian also mentioned that she has experienced some separation from negative energy since filing for divorce from West and that one of her top priorities is protecting her children from exposure to public hatred. 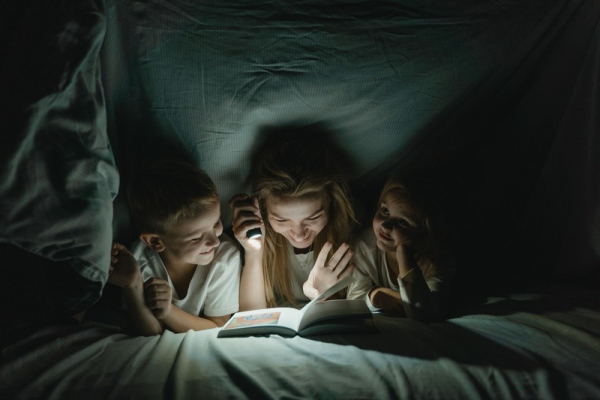 According to Fox News, Kim Kardashian reflected on the impact that being robbed in Paris had on her perspective on material possessions. She said that before the robbery, she had valued her importance based on the things she owned and thought that they made her cooler. However, after being robbed of all of her possessions, she realized that she had been putting too much importance on material objects and that they did not really matter. This experience helped her to shift her focus from material possessions to other things that are more important, such as her relationships and her personal growth.

Kim was reportedly robbed at gunpoint in her hotel room in Paris, France last October. According to police, a group of armed gunmen gained access to the reality star's residence by handcuffing the concierge and forcing him at gunpoint to lead them to Kardashian's room. The gunmen reportedly tied her up and stole more than $10 million in jewelry, as well as two of her smartphones which could contain a lot of personal information due to Kardashian's tendency to share on social media.

Kardashian also mentioned that she needed this lesson, even though she did not know it at the time. It seems that the robbery served as a wake-up call for her, helping her to realize that material possessions are not as important as she had thought they were. This shift in perspective may have helped Kardashian to become more grounded and to focus on things that are more meaningful to her.

Related Article: Former Nickelodeon Star-turned-Youth Pastor Kel Mitchell Says He 'Wants God in Everything He Does'