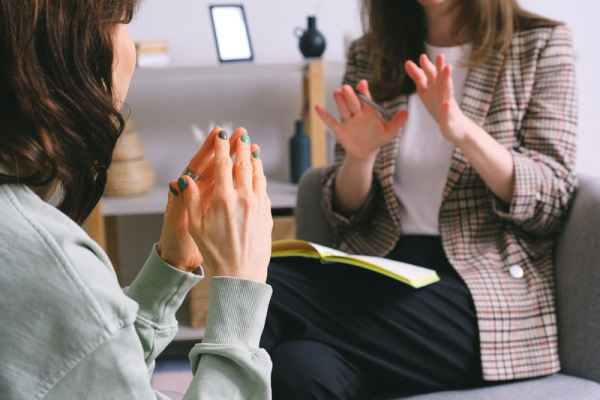 In a letter sent to members of Parliament last Wednesday, Equalities Minister Kemi Badenoch outlined the Government's proposal to ban "conversion therapy" and stated that the proposed ban would include conscience protections for religious groups and parents who hold traditional views on sexual orientation and gender identity.

The proposal will be presented in the House of Commons on Tuesday and is set to be published as a whole bill later this year. A copy of the letter was also sent to The Christian Post.

According to Christian Post, equalities Minister Kemi Badenoch stated that the Government plans to create a bill that protects LGBT youth and respects religious beliefs and parents' rights. She explained that by undergoing pre-legislative scrutiny, the legislation would be designed to provide strong protections while allowing faith leaders, parents, teachers, and counselors to have open conversations about sexual orientation, sex, and gender identity.

She also emphasized that the ban will not affect the freedom of religion or the ability to express religious teachings. The Christian Institute has welcomed this approach, as it ensures that the proposed ban on conversion therapy will not criminalize parents, teachers, and church leaders who uphold traditional views on gender and sexual ethics.

In another report, the Christian Institute said that the Minister for Women and Equalities had sent a letter to all Members of Parliament, stating that proposed legislation on conversion therapy should not harm children and young adults experiencing gender-related distress.

She also reaffirmed the Government's commitment to thoroughly examining the proposals before they are passed into law to ensure that faith leaders, parents, teachers, and counselors can continue to have open conversations with individuals about their sexual orientation, sex, or gender identity. In addition, she emphasized that the legislation will not affect the freedom to express the teachings of any religion or the ability to practice religious beliefs.

However, Simon Calvert of the Institute has expressed concerns that the proposed ban on conversion therapy is problematic, as it is not clearly defined. He claims that activists who initially sought to prohibit brutal practices such as electro-shock therapy now aim to outlaw traditional theology and gender-critical feminism.

He states that these activists are intolerant of certain beliefs and opinions, using the language of "safeguarding" to try to force the Government to criminalize opposing views. He believes that this is not the purpose of criminal law.

In a similar report, Christianity Daily tackled that a legal expert has expressed that the Scottish Parliament does not have the authority to pass legislation that would ban conversion therapy for lesbian, gay, and bisexual individuals. Despite this, many individuals and groups have supported the proposed ban, which was prompted by a public petition from the Equalities, Human Rights, and Civil Justice Committee that closed in August 2021. Supporters argue that a ban on conversion therapy is needed to protect the safety and well-being of LGBT+ individuals.

Some responses to the public petition called for a conversion therapy ban, stating it was necessary and urgent for the Scottish Government to take action to protect its citizens. Another argument for the prohibition is that it would demonstrate that Scotland is an equal and loving place. The Christian Institute is reportedly preparing a legal challenge to the proposed ban.

The Scottish Government plans to hold a public consultation before formally introducing the ban. A spokesman for the Scottish Government stated that they are committed to ending the harmful and discriminatory practice of conversion therapy through legislation while also recognizing and respecting the legal right to freedom of religion, expression, and private and family life, which are protected under existing laws.

The Government also noted that it is following the lead of many other jurisdictions worldwide that have already banned conversion therapy and that the UK government also plans to ban the practice partially.