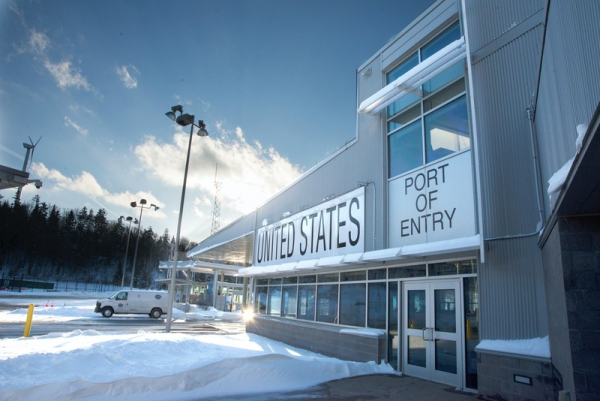 The border crisis continues to escalate as the number of illegal border crossings reaches a new record high of 251,487 in December 2022, surpassing the previous 241,136 set in May of the same year, according to statistics from United States Customs and Border Patrol.

The number of illegal border crossings has remained consistently high, with 717,660 migrants encountered by law enforcement officials in the first three months of the fiscal year 2023, according to CBP. This surge in immigration not only places a strain on resources in border towns and cities but also poses a public safety threat. The number of individuals on the U.S. government's Terrorist Screening Dataset apprehended at the border has reached 38 in the same period.

The southern border crisis continues to escalate as the number of migrant encounters reached a new high in December, with 251,487 individuals encountered by Customs and Border Protection (CBP). According to Fox News, this surpasses the previous high of 179,253 in December 2021 and 73,994 in December 2020.

An article in Christian Post says that the news of the record-breaking number of illegal border crossings comes at a politically sensitive time, as Republicans have recently retaken control of the U.S. House of Representatives. The Republican's narrow majority and failure to retake the U.S. Senate is attributed partly to President Biden's low approval ratings, particularly on the issue of illegal immigration.

This is significantly lower than his overall approval rating, which is just 9.7 points underwater. Furthermore, President Biden is blaming Republicans for the border surge. He blamed the rise in border crossings on congressional Republicans' opposition to "comprehensive immigration reform" in remarks made at the White House.

An article in Christianity Daily that talks about the border crisis in the U.S. say that the Supreme Court, led by Chief Justice John Roberts, has temporarily upheld the Title 42 policy at the U.S. borders, which allows for the expulsion of illegal immigrants due to concerns about COVID-19 spread.

This decision temporarily prevents an increase in illegal immigration and has been a valuable tool for border officials. However, a lower court recently ruled to end the policy, and the Biden administration is currently seeking to have Roberts overturn his ruling and allow Title 42 to expire.

This has caused concerns among some that the administration is seeking to increase illegal immigration and cause chaos for border states and their Republican leaders. Some also believe that politicians and media in the U.S. engage in lying and propaganda, which goes against the principles of freedom of speech and freedom of the press established by the Founding Fathers.