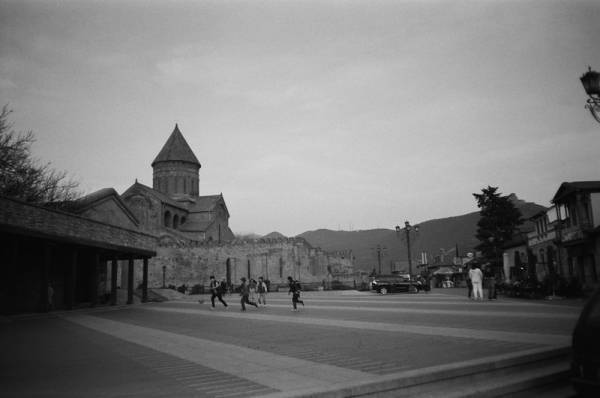 The police in London launches a manhunt for the person who shot at a group of people attending a memorial service at a church. The attack injured five individuals and put a 7-year-old girl in a critical state.

The shooting incident occurred at St. Aloysius Roman Catholic church in Phoenix Road, London, on a Saturday afternoon when people were gathered for a memorial service for 50-year-old Fresia Calderon and her 20-year-old daughter, Sara Sanchez. They passed away in November. Sara Sanchez had been fighting leukemia and passing away three weeks after her mother's death from a pulmonary embolism during a flight from Colombia to London.

A drive-by shooting at a memorial service in London left a 7-year-old girl in a life-threatening condition and five other people requiring hospital treatment. According to The Times, the shooting occurred as mourners gathered outside a church near Euston railway station to release doves, with the suspects firing on the crowd.

A 12-year-old girl suffered a minor leg injury and was later discharged from the hospital. Four women, aged 21, 41, 48, and 54, were also injured, with one of them described as having potentially life-changing injuries.

The attack occurred outside St Aloysius Roman Catholic Church, where a Requiem Mass was being held for Fresia Calderon, 50, and her daughter Sara Sanchez, 20, who had passed away within days of each other in November. Police have not made any arrests yet and are asking for witnesses to come forward. The police describe the vehicle used to be a black Toyota.

According to Superintendent Jack Rowlands of the Metropolitan Police, the investigation suggests that the suspects fired a shotgun from a moving vehicle, believed to be a black Toyota C-HR, most likely a 2019 model or similar.

Widespread Manhunt and Investigation of the Case

In an article in Christian Post, Police Superintendent Ed Wells stated that the recent shooting incident where multiple people, including two children, were injured is "shocking." He expressed his condolences to the victims, specifically the 7-year-old girl in critical condition and her family.

He also assured that the police and specialized detectives are investigating the case and will do everything possible to identify and bring the responsible parties to justice. There is speculation that the shooting might have been a revenge attack targeting a specific person at the memorial service.

In a similar article in Christianity Daily, shooting in churches was a significant incident from last year. A shooting occurred at the Geneva Presbyterian Church in Laguna Woods, California, on Sunday, where a gunman entered the church during a lunch banquet after a service, shooting at churchgoers, killing one and injuring four others.

The suspect, identified as an Asian man in his 60s, had no known ties to the church and did not live within the community. The victims were rushed to nearby hospitals. Some parishioners could capture and tie up the shooter until the police arrived. The authorities have praised the quick response as an act of "exceptional heroism and bravery." Federal agents from the Bureau of Alcohol, Tobacco, Firearms, and Explosives have also responded to the scene.

A recent shooting incident also occurred wherein an elementary school teacher got shot by her 6-year-old student. Abigail Zwerner, a 25-year-old first-grade teacher at Richneck Elementary School in Newport News, Virginia, was hit by a 6-year-old student on Friday and injured her hand and chest. Despite her injuries, she is being praised as a hero for her bravery during the incident. Newport News Police Chief, Steve Drew, stated in a press conference on Monday that she is now in stable condition at the hospital, but her first concern was for her students.