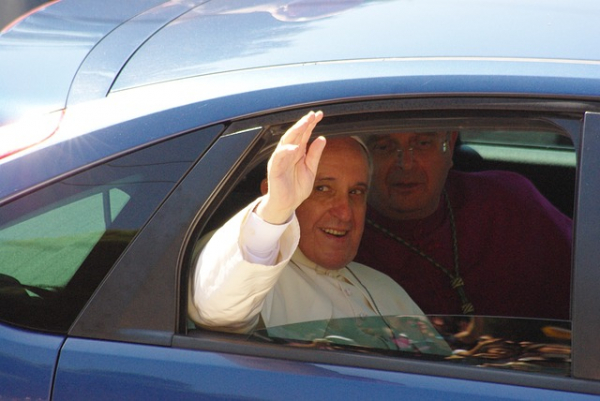 On Sunday, Pope Francis spoke against the recent violence in Peru, where anti-government demonstrations have resulted in nearly 50 deaths. "No more deaths," he said in Spanish at his weekly address in St. Peter's Square, "Violence extinguishes the hope of a just solution to problems."

He called for an end to the violence, regardless of where it originates, and urged peace. This statement was a departure from his usual address, which was in Italian.

According to MSN, clashes between Peruvian security forces and protesters have resulted in almost 50 deaths, marking the worst outbreak of violence in the country in over 20 years. The protesters, who are calling for systemic political changes and accountability for the deaths, began demonstrating after the removal and arrest of President Pedro Castillo on December 7 on rebellion charges.

Before a planned impeachment vote, Castillo attempted to illegally dissolve Congress while being the subject of numerous corruption probes. His departure was the most recent blow in a battle between Peru's president and the legislature for years. Dina Boluarte, Castillo's vice president, was elected to the position of president of Peru for the sixth time in five years.

Anger against Boluarte's leadership has grown in response to claims of excessive force being used against demonstrators. Authorities have been accused by human rights organizations of firing weapons at demonstrators and dumping smoke bombs from helicopters. The army claims that demonstrators have utilized explosives and guns.

Amid the protests, Peru's top prosecutor's office said on January 10 that it had opened an investigation into Boluarte and members of her cabinet on allegations of "genocide, qualified homicide, and significant injury."

In an article in Herald Malaysia, Pope Francis celebrated the Sunday of the Word of God in St. Peter's Basilica. He conferred the Ministries of Lector and Catechist on laymen and women from various countries. The celebration theme was taken from John's Letter, "We proclaim to you what we have seen" (1 Jn 1:3). Pope Francis explained in his sermon that the Word of God calls all to conversion and change.

As Jesus did in Nazareth, inviting everyone to follow Him, we, too, are called to bear witness to God's Word and spread the Good News of God's boundless love for all. He added that the Word of God could even put us into crisis as it helps us to see the light of God's goodness and how to make room for it in our lives, whereas the inner darkness of vices and sins can struggle against it, something we must resist.

He concluded that we are called to be heralds of the Word of God, bearing witness to it in our everyday lives and bringing the consolation of the Word to those who are lost, oppressed, and discouraged.

According to Reuters, Pope Francis has urged peace and dialogue among all parties involved in the ongoing conflicts in Peru and Myanmar. He emphasized the importance of respecting human rights and the rule of law during this process.

In light of the recent emergency in six regions of Peru, Pope Francis called for forgiveness and understanding between all sides. He also expressed concern for the recent air strikes in Myanmar, which resulted in the deaths of several civilians.

He urged all parties in Myanmar to find a peaceful resolution to the conflict that began with the military overthrow of the elected government in February 2021.