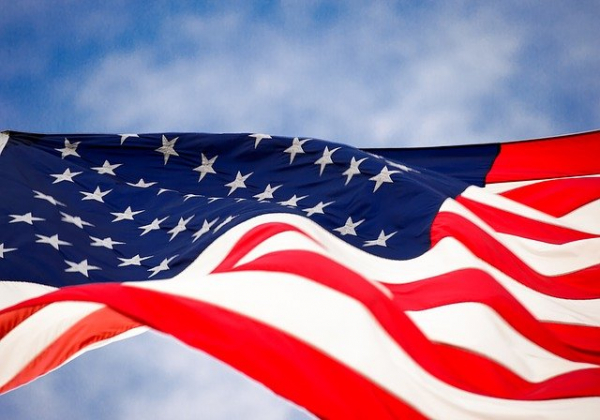 America is under threat from socialism if the left wins.

Christian actor and filmmaker Kirk Cameron, known for faith-based films such as "Fireproof," says more people of faith are now seeing the reality that socialism and communism, among other ideologies, have been trying to creep into the lives and minds of Americans all over the country.

Cameron, along with other evangelicals who support U.S. President Donald Trump in the elections, recently held an event called "Non-Essential" to convince the more than 40 million inactive Christian voters to vote in the current election, Fox News reported.

The actor, speaking with "America's Newsroom," said he sees that people of faith are now understanding the notion that "socialism and communism are knocking on our doors this Halloween season."

A Trojan Horse for socialism

Socialism will allow governments to have more control over people's affairs. One such example of this comes from Cameron, the founder of Turning Point USA, himself:

"[O]ur governor just deemed going to church nonessential and Thanksgiving with all my grown children in my living room, nonessential," he said.

Socialism, however, is not very obvious to people because it normally comes "disguised in the costumes of public health and social justice," Cameron added.

This falls in line with an earlier observation from Fox News commentator Tammy Bruce, host of "Get Tammy Bruce" on Fox Nation, who recently said that since many Americans are against socialism, Democrats are trying to infiltrate the government "quietly, suspiciously and covertly."

Bruce said the Democrats figured that they can't win without the far left's "fringe framework" of socialism. This led to Sen. Kamala Harris' campaigning with socialist Bernie Sanders. He added that Joe Biden is a "Trojan Horse" - a placeholder who will let Harris take charge of the country if he gets elected to position, President Trump previously claimed.

Why does this issue matter?

According to the Stanford Encyclopedia of Philosophy, socialism is best defined against capitalism: whereas in capitalism, production, and the resources necessary for it, is privately owned and controlled, the opposite happens in a socialist society - resources and production cannot be owned by one private entity.

Socialism doesn't necessarily mean the power rests in the hands of the entire population, however. As per Investopedia, in "purely" socialist systems, the government takes control of production and distribution, and people are heavily dependent on the government for everything, from daily staples to healthcare.

This social, political, and economic system recently became a huge topic in recent years, especially due to Sanders' candidacy in the 2016 presidential primary, as well as Alexandra Ocasio-Cortez's surprise victory in the Democratic primary in the 14th Congressional District of New York. Both are socialists, with Ocasio-Cortez herself a member of the Democratic Socialists of America.

The rise of socialism in recent years is worth noting because not all understand it the same way. According to a 2018 Gallup Poll, 23% of Americans think it will bring equality for all. About 17% percent think it means the government will take control of everything including resources and production.

While some Americans (6%) believe socialism means communicating with or getting along with others, only 1% think it means having a cooperative plan. About 4% think of it as "modified communism," while 23% have no opinion about it.

The fact that many Americans do not have a solid understanding of what socialism is could be dangerous. As per Gallup, politicians or candidates who have a socialist approach to government, like those affiliated with the Democratic Socialists of America, "will continue to define what the term means in ways that fit their personal viewpoints."

This could simply mean that such candidates can and will change their tone or what they claim to stand for in an attempt to sway public opinion to their favor.