Kevin Max, a Grammy-winning singer and member of the prominent Christian band DC Talk who has recorded songs in a variety of genres, announced over the weekend that he self-identifies as an "exvangelical."

Christian Post reports that the singer's tweet on Saturday that read "Hello, my name is Kevin Max, and I am an #exvangelical," elicited a strong reaction from many of his Christian followers.

Hello, my name is Kevin Max & I’m an #exvangelical

Some complimented the musician's statement, claiming to be exvangelicals, a word coined in recent years to describe people who no longer identify as evangelical Christians.

Others said they'd never heard of the term, which has been linked to progressive Christians who have abandoned evangelical Christianity in recent years for doctrinal or political reasons.

Responding to a social media user who claimed Max no longer believed in Jesus, he said, "Nope, didn't say that, read text carefully."

Max explained in another tweet that he remains a follower of "the Universal Christ" and added that he had no clue how many blogs or podcasts are now misusing his announcement to further divide the community,

On his Twitter feed, the artist provided further information.

"For all those people using my post as plug & play for your own hot take or personal discourse, I offer the lyrics to an upcoming song off of my new band @AstronautsSad album 'Adult Fears' titled: 'It's okay'.... I'm sorry for being obtuse or difficult but it's a process... love."

Max has earned a fortune as a singer in Christian bands including DC Talk, where he shares the stage with TobyMac and Michael Tait. He also performed with Audio Adrenaline. 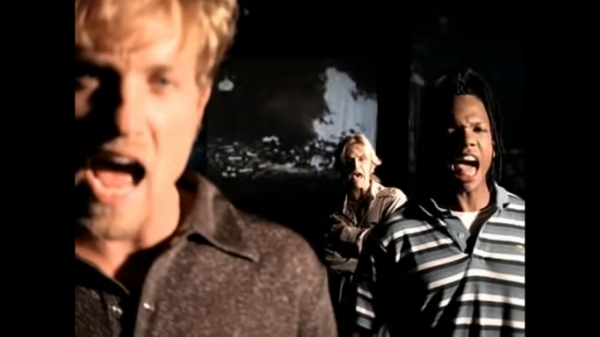 He has been vocal about his opposition to a certain type of Christianity for some time.

Max addressed where he is in his deconstruction journey in a December conversation with the Decent Christian Talk podcast.

"I've been deconstructing for decades," he added. "I've always been progressing, as you can say, and then sometimes I regress. But I think where I'm at right now is I've really gone on a journey to find out what I truly believe in by reading a lot, thinking a lot, keeping my eyes and ears open."

The artist has always been outspoken about his opinions on social media. Despite the backlash to his online statements, Max maintains that he has always been a "believer."

He was quoted as saying, "but I'm questioning a lot of things, and I've got more questions than answers."

His music reflects his ideals as well.

"Jesus, I love you, but your followers freak me out," sings Max on his album Radio Teknika.

"As a member of DC Talk to write a song, 'Jesus, I love you, but your followers freak me out,' that was great because I meant it!" he stated on the program.

Max gave advice to those who are attempting to deconstruct.

"When you give in to the fear of 'Oh my gosh, I'm asking questions' or 'Oh man, I don't know if I believe in this anymore,' you're giving in to the same fear that you know kept us from progressing as people for so long," he said.

"The totalitarian terror that pervades many evangelical churches, in my view, has caused individuals to regress over time." I believe that everybody who is going through it should embrace it," he continued. "If they're believers, they should have these serious dialogues with the God they believe in, and if they're truly struggling with it, they should speak to Him about it."

Max wrapped up his argument by admitting that he had doubts about what is stated in the Bible.

"I believe in a God of the universe, and I believe that He can hear me. And that, in itself, is just plain kind of crazy. But if I believe that, then I truly believe that He cares about my progression and asking questions and wanting to know what is real and what isn't real," he ended. "I don't think the God that I believe in is going to just all of a sudden ignore me because I don't believe every single thing that's written down somewhere."

CP noted that this year was the first time since Gallup began recording data that less than half of Americans belong to a church or religious group.

According to BreakPoint, some of those who are quitting the church are becoming part of a rising group known as the "nones."

People who reject all religious connection are known as religious "nones," and some of them are also known as exvangelicals.

The whole movement is known as "deconstruction," which refers to the process of dismantling one's religion and quitting the church.

Many of those who are "deconstructing" have spoken out about being wounded by members of the Church. Others have said that they are "disassociating" because they disagree with biblical teaching on sexuality.