He established a new tech and media group aptly called Trump Media & Technology Group, which will launch a social network called "TRUTH Social," emphasis on the "truth" or truthfulness of the community. 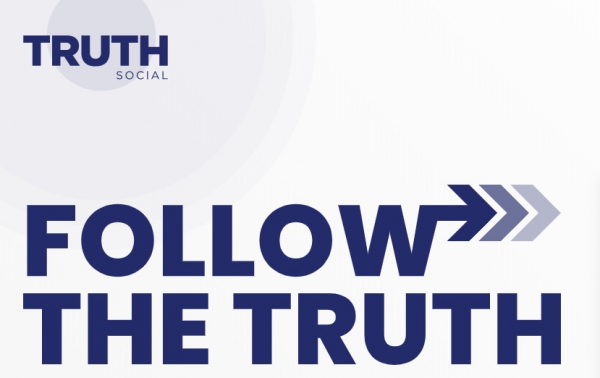 "Trump Media & Technology Group's mission is to create a rival to the liberal media consortium and fight back against the 'Big Tech' companies of Silicon Valley, which have used their unilateral power to silence opposing voices in America," a statement from the newly established company read, as per The Blaze. The statement added that "TRUTH Social" will be launched soon and is already available for pre-order in the Apple App store.

"I created TRUTH Social and TMTG to stand up to the tyranny of Big Tech," Trump wrote in the statement. "We live in a world where the Taliban has a huge presence on Twitter, yet your favorite American President has been silenced. This is unacceptable."

This press release reporters are getting is legit - confirmed to me by sources close to former President Trump. He is launching a media company with a social media platform called “TRUTH Social”. pic.twitter.com/b417jq6Xkd

Trump was famously banned from Twitter for life after it decided that there was a "risk of further incitement of violence" in relation to the January 6 attack at Capitol Hill. The Jack Dorsey-owned Big Tech giant decided that two of the former Republican leader's tweets had violated the company's "Glorification of Violence policy, which aims to prevent the glorification of violence that could inspire others to replicate violent acts."

It’s worth noting that the FBI cleared Trump and his supporters of any involvement in the Capitol riot, however.

Because of the permanent ban on Twitter and his ongoing case with Facebook, Trump established "TRUTH Social," which according to NPR is expected to have a beta launch in November and a wider rollout in 2022.

The new Trump social media platform "encourages an open, free, and honest global conversation without discriminating against political ideology" but users must be aware that its terms of service forbids them from using the platform to "disparage, tarnish, or otherwise harm, in our opinion, us and/or the Site."

This is not Trump's first foray into developing his own platform where he could reach his fans and supporters. Earlier this year, the Republican leader launched "From the Desk of Donald Trump," a microblog he shut down after just a couple of weeks due to a failure to attract a large audience. At the time, Trump's senior aide Jason Miller told CNBC that the microblog "will not be returning" and that it was merely "just auxiliary to the broader efforts we have and are working on."

Trump's "TRUTH Social" comes after other conservative leaders attempted to launch their own social media and video platforms in response to the censorship of Big Tech giants such as Google, Facebook, and Twitter. Some platforms that have arisen in the last two years are Gab, Parler, and most recently GETTR, which is run by Miller, who commended Trump for his work in establishing his own conservative social media network.

"Congratulations to President Trump for re-entering the social media fray! Now Facebook and Twitter will lose even more market share," Miller said in a statement, as per NBC News. "President Trump has always been a great deal-maker, but we just couldn't come to terms on a deal."