A 79-year-old American Pastor and Jesus Center Church co-founder who was reported missing weeks before the 17 Christian Missionaries in Haiti were abducted by the 400 Mawozo gang is still nowhere to be found.

The Christian Post said Pastor Jean Pierre Ferrer Michel was abducted from his church, which is located in Delmas, Haiti on October 3 by heavily armed men identified by witnesses as members of Haiti's National Police due to the uniforms they wore. Michel was kidnapped with two other members of the Jesus Center Church, particularly Norman Weiner and Isabelle Devendegis.

Among the three captives, Devendegis has been released after the ransom of $15 million was paid for all of them with the $8 million said to be only for Michel. Weiner and Michel still have not been released.

Haiti Libre disclosed that Michel's abduction was not actually done by the National Police but by local bandits posing as officers. Haiti said Michel's case is the second incident of its kind were bandits came as fake police and kidnapped their victims in broad daylight. In addition, Michel's abduction was the second in a series that took place that week involving religious people being attacked by local bandits. 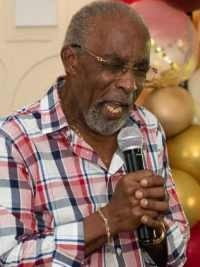 Local bandits, particularly the 400 Mawozo, similarly abducted the 17 American missionaries in Haiti last October 16 while returning to Titanyen after a visit to an orphanage. The missionaries included five men, seven women, and five children. The said missionaries remain in captivity and were even threatened to be killed by abductors thru a video released on them if the ransom of $1 million for each would not be given.

A family friend of Michel told the Miami Herald that his disappearance is not being given the attention it needs unlike with the case of the 17 American missionaries who were demanded a hefty $17 million ransom. This is also despite the fact that Michel's case has been reported to the Federal Bureau of Investigation and the U.S. Embassy already.

"They don't talk about it, like they are talking about the case of the group of 17. But this man is an American citizen, too. It's not the same attention that the 17 people who they abducted in Croix-des-Bouquets are getting," the family friend said.

The family friend explained that when the abductors demanded for the ransom, they did not clarify whether it was in American or Haitian Dollars. When they gave the amounts, the families of those abducted pooled the money together and paid the ransom as soon as it was possible. However, the abductors told them that the money was insufficient and that Michel and Weiner still can't be released. That was the last thing they heard of them.

"When they say dollars, you don't know if they are talking about American dollars or Haitian. They asked us for a ransom, the two families came together and paid a ransom and after we paid it, they called and said the money wasn't enough and they cannot release them. Since then, there has been no contact," the family friend revealed.

Due to this and the lack of attention given to the abduction, Michel's wife, Maryse, released a video on October 20. She also released the video to end rumors on Michel having been released already. In the video, the wife expressed worries about her husband not receiving his medication considering his old age. She begged the abductors for his release since they have already followed their instructions.

"They have yet to release him after 17 days. He's without his medication. He's an old man who is nearly 80 years old, and doesn't have a lot of years in front of him. I've come to plead, and I came to ask everyone who it concerns: Release the pastor. Release my husband," Maryse said.