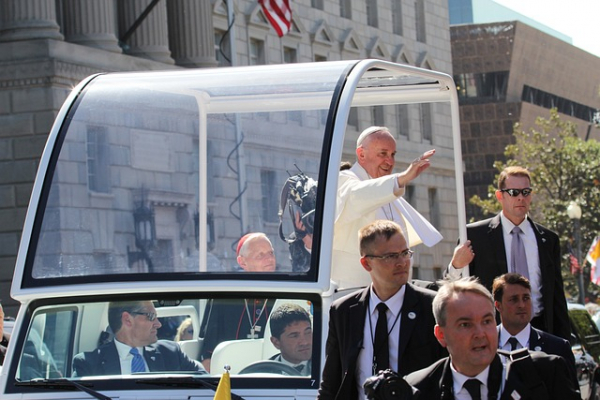 Pope Francis has stated in a recent interview that he has a letter of resignation prepared if he becomes incapacitated.

The pope stated that he wrote the resignation letter several years ago and gave it to Cardinal Tarcisio Bertone, the then-Vatican Secretary, who resigned in 2013. In an interview with the Spanish news outlet ABC, he stated when asked what would occur if a pope unexpectedly became incapable of performing his duties because of illness or an accident.

Pope Francis said that the recent pontiffs, Paul VI and Pius XII, also composed letters of resignation whenever an event of permanent impairment occurred. Pope Francis stated, "I have already signed my renunciation. The Secretary of State at the time was Tarcisio Bertone. I signed it and said: 'If I should become impaired for medical reasons or whatever, here is my resignation,'" Francis also exclaimed that this was the first time he had revealed this drafted resignation letter to the public. "I don't know who Cardinal Bertone has given that letter to, but I handed it to him when he was the Secretary of State,"

Francis wanted this matter to become known to the public. The pope said, "Go ask Bertone for it!". He also noted that Bertone may have handed it over to the new Vatican secretary Cardinal Pietro Parolin. Furthermore, since the matter of resignation rarely occurred, Francis said he didn't look up a written law about it. He added, "I didn't even have the idea of doing it. It must be that the Holy Spirit has no interest in me being concerned about those things,"

Pope Francis, who turned 86 last Saturday, underwent surgery to remove a part of his colon due to diverticulitis in 2021. He has since struggled with knee pain, forcing him to use a wheelchair for months. He's been getting around in public less and less with the wheelchair and more with a cane lately. Besides the surgery, despite his growing age, he appears to be in good health.

A few popes have resigned for various reasons, primarily unexplained and personal, and some are anomalies within the organization. In the year 1009, Pope John XVIII withdrew to a monastery after his pontificate was over. According to numerous reports, John had ties to the influential Roman family, the Crescentii. Also, in the year 1294, among abdicators, Pope Celestine V is arguably the most well-known. Celestine wrote a decree allowing popes to resign after only five months in the role before leaving himself. Pope Benedict XVI, Francis' immediate predecessor, shocked the Catholic world in 2013 by announcing his resignation from the pontiff's position and claiming "advanced age" as the reason. Since roughly 600 years ago, a pope still needed to resign. Gregory XII, the last pope to leave before his death, did so in 1415 to end a civil war in which multiple people claimed to be the church's leader.