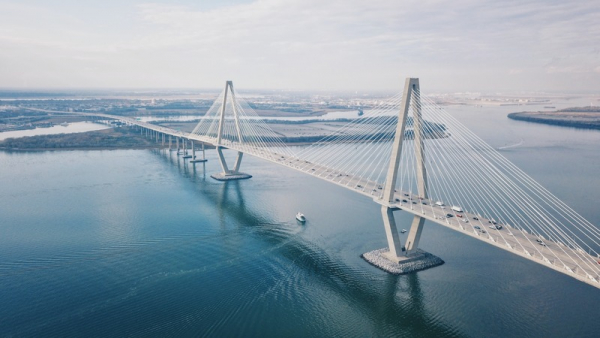 The largest United Methodist Church in South Carolina is considering leaving the denomination due to ongoing conflicts about homosexuality.

In the article in Post and Courier, Reverend Jeff Kersey, the senior pastor of Mt. Horeb, expressed gratitude that a plan, path, and price has been presented for traditional churches to consider separating from the denomination. Mt. Horeb United Methodist Church of Lexington is the largest congregation, with more than 5,000 members in South Carolina.

The Continued Disaffiliations from the UMC

The United Methodist Church (UMC) reports that a relatively small number of its congregations have decided to leave the denomination. According to KBTX3, out of the more than 30,000 UMC churches in the United States, fewer than 2,000 have disaffiliated. Additionally, many of these disaffiliated churches are located in Texas.

According to the article in the Christian Post, the South Carolina Conference of the United Methodist Church (UMC) has confirmed that Mt. Horeb, the largest local church in the conference, is considering leaving the denomination. However, the forum has not yet received any official vote from any local church to separate from the UMC.

The conference has a discernment policy in place for churches considering a departure, which includes steps such as a church council vote, a congregational vote with two-thirds support, and the remittance of the remaining financial obligations such as apportionments and 10% of the value of the congregation'scongregation's property and assets.

This news comes as the UMC has faced a long-standing debate over whether the denomination should change its stance on blessing same-sex unions and ordinating non-celibate homosexuals.

The Trustees of the Annual Conference and the Extended Cabinet have created a Local Church Discernment Process, which is designed to help churches make informed decisions about their mission of making disciples of Jesus Christ for the transformation of the world. The process is not intended to encourage churches to leave or stay with the United Methodist Church but to ensure that the churches will be effective in their mission.

Global Methodist Church: The Go-to of the Disaffiliators

An article published in Christianity Daily says that The United Methodist Church (UMC) has been facing deep divisions over its official stance on homosexuality, which it believes is " incompatible with Christian teaching."

Despite this, many within the denomination have not followed the rules prohibiting the blessing of same-sex unions and ordaining non-celibate LGBTQ+ individuals. As a result, a new conservative denomination called Global Methodist Church was formed on May 1, 2022, by a group of 17 theologically conservative Methodist clergy and laypeople.

The new church aims to make disciples of Jesus Christ through passionate worship, extravagant love, and bold witness to the ends of the earth. The Global Methodist Church has been in the works for over three years. It is the result of the efforts of thousands of Methodist clergy and laypeople from around the world who have come together to create a new, theologically conservative denomination rooted in the ecumenical and evangelical confessions of the Christian faith. It aims to be guided by a warm-hearted, Wesleyan expression of faith and to share the message of Jesus Christ through both word and deed.