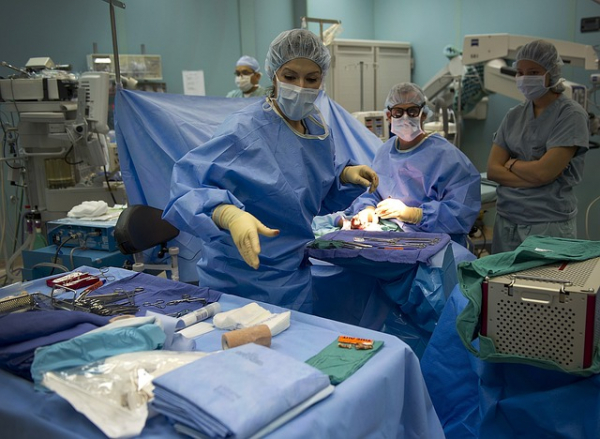 On Wednesday, the House of Representatives passed the Born-Alive Abortion Survivors Protection Act with a vote of 220-210. It will require medical practitioners to care for infants born alive following a failed abortion, as required by law.

The "Born-Alive" bill passed in the House would require to be given in the Senate and signed by President Joe Biden to become a law. The signing of this law seems to appear "unlikely."

The "Born-Alive Abortion Survivors Protection Act" is a law that requires healthcare practitioners to provide the same level of care to infants born alive after an abortion as they would to any other newborn. According to Congress, It also requires that any failures to comply with this requirement be reported to appropriate state or federal law enforcement agencies.

The legislation also stipulates that anyone who kills or attempts to kill an infant who survives an abortion will be held accountable for murder under the law. However, it is essential to note that under current regulations, killing an infant is already considered murder and subject to prosecution.

The law includes penalties for violators, fines and imprisonment, and provisions for civil remedies for the woman upon whom the abortion was performed. The law asserts that it is enacted under the authority of Congress's powers under the 14th Amendment and Article I of the Constitution.

In an article in ABC News, according to the Centers for Disease Control and Prevention, the majority of abortions are carried out before the point of pregnancy when a fetus would be able to survive. In 2020, only 0.9% of abortion procedures happened after 21 weeks of gestation, as per the CDC.

It's noteworthy that incidents of failed abortions resulting from live births are uncommon. For example, in Minnesota, a state that tracks such cases, out of 10,000 abortions performed in 2017, only three infants were born alive, as reported by the state's health department. Unfortunately, none of these infants survived. Another abortion bill that passed the House would criminalize violence against facilities, groups, and churches that oppose abortions.

Following the House passed the Born-Alive Abortion Survivors Protection Act, that mandates doctors to take care of infants born alive after a failed abortion, senior Democratic leaders took to Twitter to express their disapproval of the bill and the Republicans who supported it. According to Fox News, Prominent figures like Vice President Kamala Harris, Former House Speaker Nancy Pelosi of California, and Senate Minority Leader Chuck Schumer of New York were among those who criticized the bill.

The Vice President of the United States also made her stance clear on this issue. She tweeted that the House Republicans passed an extreme bill that would further endanger the right to reproductive health care in the country. She added that this is another attempt by Republican legislators to control women's bodies.

Pelosi tweeted that instead of condemning political violence, House Republicans chose to promote their extreme anti-choice agenda. She further added that Democrats stand for providing freedom to access reproductive health services without fear of violence, intimidation, or harassment.

Schumer, a senator who did not vote on the bill, also expressed similar views. He said that the MAGA Republican-controlled House is showcasing its radical views on women's health with this legislation which does not even have the support of the American people.

It is already illegal for healthcare professionals to deny patient care, as per the existing laws The bill was voted against by nearly every House Democrat and passed with a vote of 220-210.