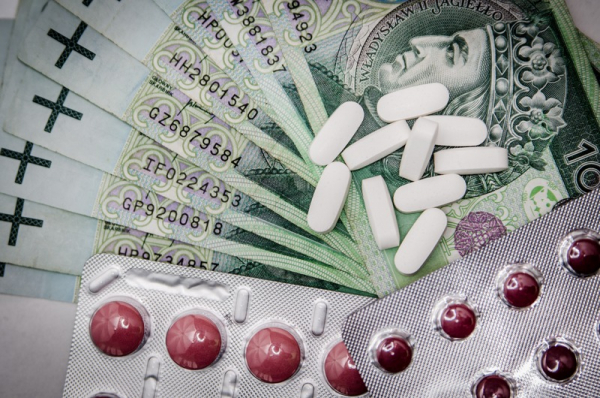 In the U.S., greater than half of all abortions are done through a medical process involving two pills. This process requires a prescription but does not involve surgery. Since the Supreme Court case Roe v. Wade, which established a woman's right to an abortion, was overturned in June, it is expected that the number of medical abortions will increase.

According to New York Times, the Food and Drug Administration has made a permanent rule change that allows retail pharmacies to fill prescriptions for abortion pills. This will make it easier for people to obtain the pills in states where abortion is legal. However, in states with strict anti-abortion laws, it may still be difficult for pregnant people to obtain the medication.

The Food and Drug Administration declared Tuesday that it had permanently revised the requirements for obtaining the abortion pill mifepristone. An article in NPR stated that previously, a person had to visit a doctor in person to get a prescription for the drug. Mifepristone is a medication taken during the first trimester of pregnancy and works by blocking the hormone needed to maintain the pregnancy.

The FDA has approved the medication for more than 20 years, but in the past, it could only be obtained from certified clinics. Retail pharmacies were not allowed to dispense the medication. The new FDA rule eliminates the need for an in-person doctor's visit for a prescription of mifepristone.

The FDA recently made it easier for people to obtain the abortion pill mifepristone by allowing doctors to prescribe the medication through telehealth appointments during the COVID-19 pandemic.

This week, the FDA announced that it has determined that these restrictions are no longer necessary after conducting a review. Mifepristone is used to end pregnancies that are up to 10 weeks along. It is taken in combination with another drug called misoprostol, which is taken 24 to 48 hours later and causes the uterus to expel the pregnancy. Mifepristone and misoprostol are also sometimes used to manage miscarriages and reduce the risk of infection.

The medication could be available at local drugstores and pharmacy retailers. It can also continue to be sent through the mail after telehealth appointments. While pharmacies are not required to carry the pills, those who wish to dispense them must meet certain requirements and receive special certification from the FDA. It's important to note that patients will still need a prescription to obtain the medication, and it will not be available over the counter.

The new rules on the abortion pill mifepristone may not benefit pregnant people living in states that have already placed restrictions on access to the medication. According to the Guttmacher Institute, which tracks state laws and policies related to abortion, 29 states require physicians to administer medication for abortions personally.

Eighteen states have effectively banned telemedicine for medication abortions by requiring a clinician to be present when a patient takes mifepristone. This means that people may have to schedule multiple appointments to obtain and take the medication, even if it is available at their local pharmacy.

Texas has banned using the two-pill regimen for abortion after seven weeks of pregnancy. Anti-abortion activists and legislators have opposed easing prescription requirements for abortion medication, claiming it is dangerous. In an article shared by Health News Florida, Sue Liebel, the director of state affairs for the pro-life organization Susan B. Anthony Pro-life America, called the relaxed rules "a disaster waiting to happen" and claimed they show a lack of concern for women's health and safety.

Liebel suggested that the changes may lead to increased emergency room visits but could not provide data to support this claim. She said that lawmakers would discuss their plans for addressing the issue shortly.