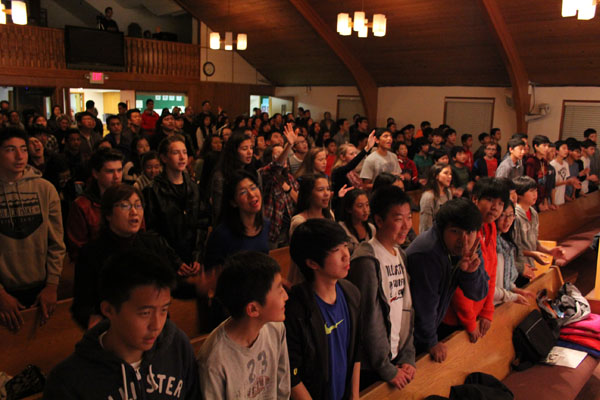 (Photo : Christianity Daily)
Some 300 youth gathered at "Oregon Youth Revival," which took place at Korean Presbyterian Bethel Church in Aloha, OR. 100 of those who attended received Christ.

On November 7 to 8, “Oregon Youth Revival” took place at Korean Bethel Presbyterian Church (KBPC), located in Aloha, OR, with Pastor David Choi, the lead pastor of Church of the Beloved in Chicago, who spoke on the theme, “True Grace.”

Some 300 youth attended the two-day conference, and 100 of them decided to accept Jesus as their savior and Lord. Since last year, KBPC and an association of Korean churches in Oregon and Vancouver have been holding a revival for youth in America every November, inviting well-known and established pastors in the nation. As the second annual youth revival, college students from even as far as Corvallis and Eugene attended the revival, and this annual event is growing into one that appeals to all of the youth in the state of Oregon.

Pastor Hyung-Gil Ahn started the revival with a word of prayer, and the event continued with worship and a sermon. Then, during a time of prayer, the youth were able to spend time to reflect on themselves and also experience who God is in a personal way. 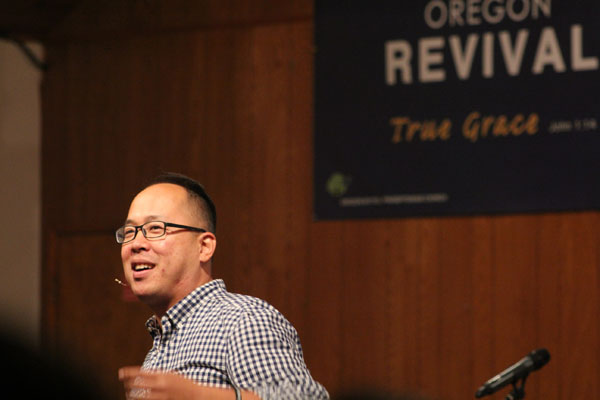 (Photo : Christianity Daily)
Pastor David Choi from Church of the Beloved spoke at the recent "Oregon Youth Revival" event on November 7 to 8.

Pastor Choi, who graduated from Wheaton College and Gordon-Cornwell Theological Seminary, has been actively doing ministry internationally, and also participated in campus revivals in Harvard University and Biola University. At this particular revival conference, Pastor Choi delivered the gospel message to youth in a way that is relatable to them, which influenced the way they understood and accepted the gospel.

“Today’s society may criticize the gospel, saying that only those who believe in Christ can be saved, but it’s actually the most inclusive, as anyone who simply believes is able to receive the gift of salvation from God,” Pastor Choi said.

He added, “Those who have truly experienced the love of Christ will not be ashamed of the gospel,” and encouraged them to live lives that boast of the gospel.

“Adolescence is the most confusing period in life, but it is also the prime time in which people can meet God in a personal way, and I think that’s why we need to have youth revivals,” said Pastor Donha Lee. “There have been a lot of events and conferences for adults, but not as much for the youth. That’s why we’ve been wanting to hold an annual event for youth in this area, and we see that our efforts were really worth it.”

Last year’s youth revival, during which Pastor John Ju from Community Church of Seattle preached, was also a success. The Korean churches in Oregon and Vancouver plan to continue to work together to hold regular events for children and youth, and put in their best efforts to pass on the gospel to the next generation.