Last week, President Joe Biden announced an integral part of his Build Back Better Agenda, which adds four more years of public education, two for pre-K and two for college. This is in line with his campaign promise to invest in the youth of America from the moment they are born.

"Low-income children who participate in preschool are 47-percent more likely to earn an associate's degree or higher and get through school without any difficulty," the Democratic president said, as reported by KVOA. "We have to build on that foundation for future success. And then I want to add two years of free community college for everyone."

But this plan of providing more opportunities for kids to gain access to education from an early age is sounding the alarm for conservatives across the nation who believe that longer years in school means more opportunities to indoctrinate children with leftist ideologies and eventually quash the family unit.

According to the Christian Post, Rebecca Friedrichs, a former public school teacher and founder of an organization called For Kids and Country that aims to restore the U.S. education system, said that President Biden's Build Back Better Agenda is actually an education plan that furthers socialism.

"The Biden-Harris administration's 'Build Back Better' plan is a pleasant-sounding cover for their socialist agenda for our children," Friedrichs wrote in an email to CP. The addition of two years of pre-K and two years of college "equates to four more years of indoctrination, a scheme to promote more government control over our children's lives while undercutting the family structure," she argued.

The former school teacher explained that the Biden administration is attracting low-income families to free education as a power grab to get them to become even more dependent on the government. 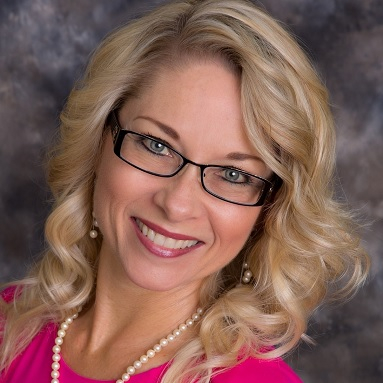 Rebecca Friedrichs (from For Kids and Country Facebook page)

Republican Senator John Cornyn of Texas believes that President Biden's move to add 4 years to education is an attempt to "hijack the state and local governments entirely and operate everything out of Washington, D.C.," something he said he would be "very skeptical" about.

Eric Wolf Welch of Justice High School in Fairfax County, a veteran teacher who manages the Advancement Via Individual Determination (AVID) program at the school, gave the Washington Post an insight on how President Biden's plan will impact the students. Welch said that while the plan sounded "logical," it in fact "[lowers] expectations" for impoverished students across America.

"Making community colleges free while not increasing aid to pay for four-year colleges will intensify the socioeconomic divide in America," Welsh argued. His solution is to increase Pell Grants and other avenues for low-income students to actually get into four-year colleges.

Welch further argued that free community college further classifies students into their social and financial status. He said, "This is what makes Biden's plan rather condescending and why it is wrong. It institutionalizes class divisions and does not promote equal opportunity."