At least two Amazon employees have quit their jobs over the retailer's decision to continue to sell Abigail Shrier's book titled "Irreversible Damage: The Transgender Craze Seducing Our Daughters," which they believed framed transgender and LGBT identities as a "mental illness."

According to NBC News, the Amazon employees complained about the company's continued selling of Shrier's book after it made a decision in March "not to sell books that frame LGBTQ+ identity as a mental illness," as promised to Republican senators in March.

The employees handed in their resignation after a complaint posted to the organization's internal message board in April gained the support of more than 467 Amazon corporate employees.

Other Amazon employees started a petition to remove the book from Shrier because the author described how young girls have started identifying as transgender and began a "trans epidemic." The book has topped the best sellers list for Amazon's "LGBTQ+ Demographic Studies" category.

Amazon employees are decrying how Shrier described LGBT identities as a form of "mental illness," highlighting a passage that said, "Many of the adolescent girls suddenly identifying as transgender seemed to be caught in a 'craze' - a cultural enthusiasm that spreads like a virus." The author also referred to transgenderism as a "crowd mental illness."

CBN News reported that one of the Amazon employees who decided to leave the company was Selene Xenia, a transgender software engineer who cut ties with the company in June after it decided to continue selling Shrier's best selling book. Xenia took offense with how the author described the proliferation of transgenderism among kids and teens.

"The book literally has [craze] in the title and considers being transgender a mental illness in many senses throughout the book," Xenia argued. "I found it extremely hypocritical for Amazon to say that it would stock this book and not another similar one."

Shrier fired back, however, saying that in her book, she never suggested that transgenderism is "a disease" and "never [implied] that the trans identity is a mental illness." In fact, the author claims that the book "honor[s] the experiences of transgender adults." She took to Twitter to ironically call out Amazon, which decided to continue to sell her book, of failing to "stand up to censorious employees," saying that their inaction "[betrays] their mission and public trust."

Shrier's book has earned over 3,600 ratings on Amazon, with an overall rating of 4.6 out of 5 stars. It is described as an "essential book" that will help parents address the "trans craze" and how they can "inoculate [their] child against it" and teach them "how to retrieve her from this dangerous path." 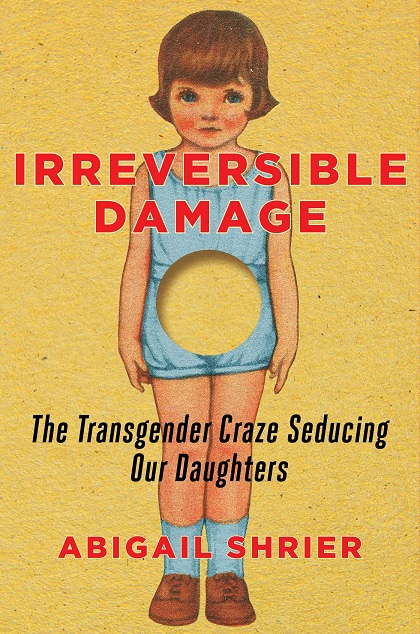 The Daily Wire editor in chief Ben Shapiro praised the book, saying, "Writing honestly about a difficult and vital topic, Shrier compassionately analyzes the evidence regarding rapid-onset gender dysphoria (ROGD), a phenomenon declared off-limits by many in the media and the scientific establishment. Shrier simply isn't willing to abandon the future of a child's mental health to propagandistic political efforts. Shrier has actual courage."