MyPillow CEO Mike Lindell is presenting "irrefutable" evidence in a two-day event showing voter fraud occurred during the 2020 elections. He is also promising to give a $5 million reward to anyone who will prove him wrong.

WND reported that Lindell's "cyber symposium" in his website, FrankSpeech, is presenting "irrefutable" evidence that China-sponsored hackers switched the results of the 2020 elections for President Joe Biden. Lindell is said to have spent $15 million to investigate on the election fraud and to host the symposium.

As of now, 48 states have registered for the symposium that is not open to the public and registration-basis only. Politicians are in attendance during the event. 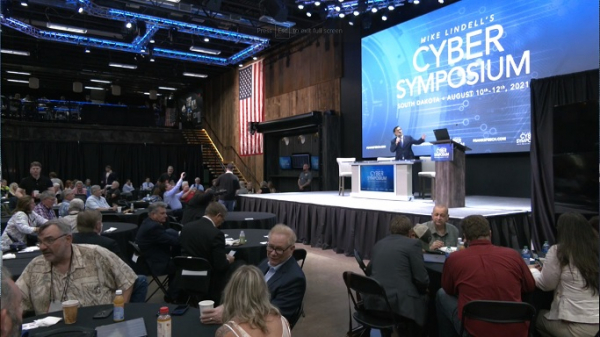 Lindell said in an interview with the Washington Times that his evidence will unite the country since it is about "free and fair elections." He also believes that it will overturn the election results.

"Whether you're a Democrat or Republican, this will be the greatest uniting of our country ever. Because this isn't about politics. This is about free and fair elections and about the 2020 (election). And you've got to get that righted," Lindell announced.

Lindell was on the receiving end of attacks against former President Donald Trump and experienced boycotts on his company's products in the beginning of this year. Lindell was later sued by Dominion Voting System for his "false accusations" that allegedly defamed them for involvement in the 2020 elections fraud.

But the CEO fought back in June with a lawsuit against Dominion Voting Systems, as well as Smartmatic, over violations on the Racketeer Influenced and Corrupt Organization (RICO) Act. The lawsuit pointed out that the two companies were "weaponizing the judicial system and the litigation process to silence dissent, unpopular beliefs, or facts inconveniently out-of-line with mainstream groupthink."

Now, Lindell is back with evidence that shows China meddling with the 2020 November Presidential Elections. Lindell, who positions his website as "the voice of free speech" having been deplatformed by BigTech for his statements on the election, promotes the two-day symposium as a way to "help save our country."

The website provides visitors the opportunity to download flyers for printing "to share with" their "friends, family, church, state, and local government" besides having a section on election fraud. The businessman has also partnered with FedEx stores where people can get already-printed "yard signs, posters, flyers" for free through a special code.

The Cyber Symposium, as per the website, is Lindell's "showdown" against Dominion and other "big name companies pulling his pillows" because he contended the results of the elections. The symposium is said to be part of his "expose" and a precursor to his "release of hot-button documentaries" on the election fraud.

"For our attendees, they have one goal. Find proof that this cyber data is not valid data from the November Election. For the people who are able to find the evidence, 5 million is their reward. Seems insane, right? But this is real!" The symposium's introduction read.

"Despite the mockery, it doesn't hide this simple truth. Regardless of political affiliation, a corrupt election system is disastrous for all of us. That is why everyone should be fighting to find out the truth. And this 72-hour event has been put together by Mike Lindell to do just that. Our voting system should not be second-guessed, and when it is, Americans need to stand up," it ended.