Robin Appleby of England's most expensive private day school is leaving her post as headmaster of American School in London beginning January to "focus on her own wellbeing and that of her family," the prestigious school announced to parents via an email last week.

The London headmaster's resignation came after a slew of complaints from parents who opposed Appleby's addition of critical race theory to the school curriculum as a response to the George Floyd activism that was felt worldwide last year. Parents argued it was illegal for the educational institution to establish racially segregated after-school clubs. 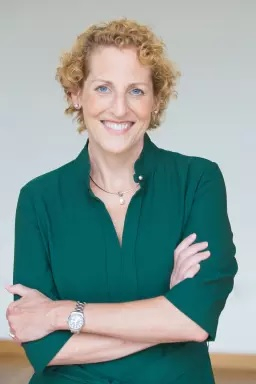 According to Fox News, some parents who were Jewish expressed concern over a "culture of fear" at the American School in London, where students were reportedly ostracized by their peers after lessons about Israel came to light. A lawyer who represented up to 26 parents at the American School in London filed a complaint to the United Kingdom's Department for Education, alleging that the institution's addition of critical race theory to the curriculum "has already become so extreme as to amount to a serious, systemic and ongoing breach of the Independent School Standards."

Claims of anti-Semitic remarks being made about Jewish parents at a recent meeting of the school's faculty earlier this month also arose, just days before the announcement of Appleby's resignation was made known. The governing board of trustees of the American School in London then launched a "complaints process" over those claims, a spokesperson confirmed.

"Teachers did not refer to parents by any of the words you've mentioned," an American School in London spokesman told the Daily Mail. "However, Mrs. Appleby and the school were concerned that the question contrasting the responses to racism and anti-Semitism could cause offense to members of the community, and this was addressed immediately."

The spokesman underscored how the school is "committed to building and sustaining a diverse, equitable and inclusive school community and firmly believe this will lead to a better future for all our children."

According to the New York Post, Appleby has been leading the prestigious, $50,000-a-year American School in London since 2017 and was earning almost $530,000 annually as its headmaster. The school is popular among Hollywood celebrity parents, including Salma Hayek and soccer coach Thierry Henry. Appleby's staff reportedly used terms such as "Nazi," "swastika," and "Hitler" to descibe the reaction of parents when they found out about critical race theory lessons.

The Campaign Against Anti-Semitism, an influential Jewish organization that documents hate crimes, revealed that "disturbing reports" have been made about the kind of language being used in the school. Appleby's new curriculum that was established in 2020 featured a "detailed action plan" that included "diversity, equality and inclusivity" programs.

In an email, parnets were instructed how to "raise anti-racist children" and "recognize their own implicit biases" and were told how the school was adopting critical race theory into its curriculum. A parent accused the school of "institutional racism," while another described the educational institution as a "woke cult" in a letter of complaint.