The Virgin Birth of Jesus Christ in the Bible 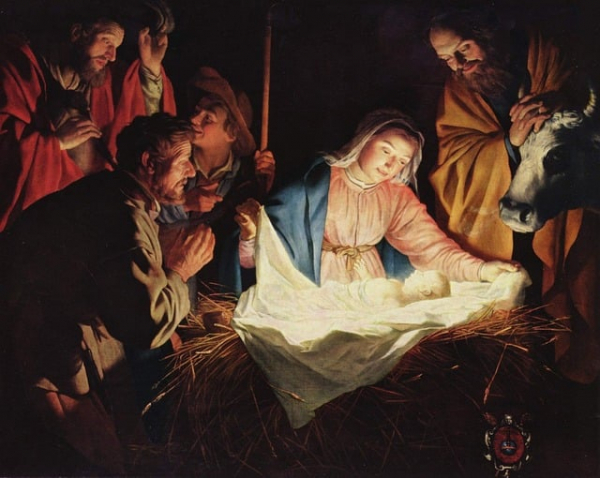 Jason Jimenez, a host of the "Challenging Conversations" podcast, argues that this belief is essential to Christianity. He refutes those who teach false doctrine by denying the incarnation of Jesus.

Jimenez states in the EDIFI Podcast network that the incarnation is a foundational belief in the Christian faith and that it is the belief that God took on flesh and became human. However, some people, including atheists, agnostic skeptics, and even some progressive Christians, do not believe in the virgin birth of Jesus Christ.

The Bible Teachings of the Birth of Christ

According to the Bible cited by Bible Portal, Mary was a virgin when she conceived Jesus. This is specified in Matthew 1:23, which states, "The virgin will conceive and give birth to a son, and they will call him Immanuel."

The Gospel of Luke also mentions Mary's virginity, stating that the angel Gabriel appeared to her in Nazareth, a town in Galilee, and announced that she would give birth to a son even though she was a virgin (Luke 1:26-27).

Mary asked the angel how this could be possible, and he explained that the Holy Spirit would come upon her and the power of the Highest would overshadow her, enabling her to give life to the Son of God (Luke 1:34-35). Mary accepted this message and declared herself the Lord's servant, ready to fulfill God's word (Luke 1:38).

Also Read:  What the Bible Says About Sin, Salvation, Eternal Life, and Resurrection

A closer look at the biblical accounts of Jesus' birth

Some people may dismiss the accounts of Jesus' birth in the gospels of Luke and Matthew as unreliable or fictitious, but Jimenez believes that Mary's virgin birth is credible. Jimenez asserts that the Nativity story is not a fabrication made up by later Christian followers or the early disciples to worship Jesus like pagan religions. Instead, he maintains that Mary's virgin birth level is trustworthy.

According to Jimenez in a report of The Christian Post, there is strong evidence for the virgin birth of Jesus Christ in the Gospels, and there are four key dates Christians should know and share when discussing this belief with nonbelievers.

Jimenez claims that the canonical Gospels "bear witness to the virginal conception of Jesus in Jerusalem," He argues that the question to ask is, "who had the story first?" He asserts that the Gospel of Mark, written by John Mark in the early 50s AD, is the earliest, and he cites the testimony of eyewitnesses who lived at the time of Jesus' death and resurrection as evidence for the reliability of the Gospels.

Jimenez also points to the teachings of Church fathers such as Melito of Sardis, Eusebius of Caesarea, Ignatius, Justin Martyr, and Tertullian as evidence for the virgin birth of Jesus. He refutes the idea that virgin birth is simply a copy of paganism. He dismisses the Gospel of Thomas, which he claims is a "late" and "not historically verifiable" gnostic text, as not being credible evidence against the virgin birth.