Safety Concerns Arise at Seattle Church Due to Homeless Encampment Outside 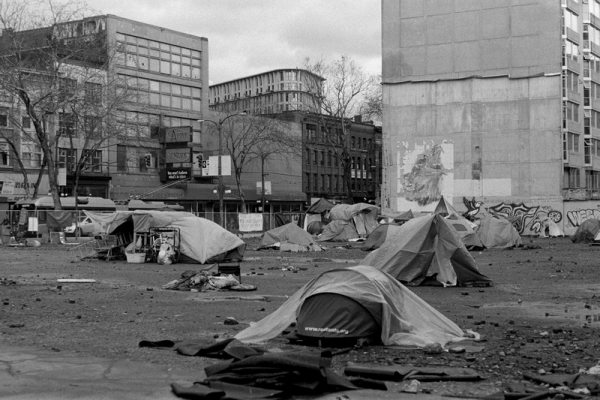 The leader of a Greek Orthodox church in Seattle has claimed that the city is not addressing the church's concerns about a homeless encampment that has formed outside the building.

In a report by Christian Post, Penny Peppes, the president of the Greek Orthodox Church of the Assumption in Seattle, has expressed concerns about the safety of church members due to the presence of a homeless encampment outside the church. The encampment, which includes tents and a mattress, has reportedly caused disruptions to worship services and made church members feel "fearful" of attending.

Peppes has stated that the church does not have the resources to address the issue on its own and is seeking help from the city. The church is near another large homeless encampment in the Capitol Hill neighborhood. Peppes said that a lack of response to safety concerns impacts the church's worship services. The parishioners are worried about their safety and are afraid to attend the church, causing frustration and impacting their ability to worship.

According to Peppes in an article in KOMO News, individuals living nearby encampments use the church's address to receive mail, including packages from Amazon. The church, called the Church of the Assumption, has also volunteered bi-monthly to provide food to homeless shelters in the community.

A Seattle Mayor Bruce Harrell spokesperson did not respond to a request for comment regarding a homelessness issue in the city. Seattle has a high homeless population, ranking third in the US behind New York City and Los Angeles, according to a report from the US Department of Housing and Urban Development (HUD).

There has been a 14% increase in the number of homeless people in Seattle and King County between 2020 and 2022, according to the US Department of Housing and Urban Development (HUD). Washington state ranked second in the US for homeless populations, behind only California.

According to Nobelie, last July, Matthew Meinecke, also known as The Seattle Preacher, was arrested while reading his Bible in a park and later released. In a video shared on social media, Meinecke criticized the city's response to homelessness and crime, saying there are "lawless homeless camps everywhere" and "Antifa running the place." Still, police had time to arrest a street preacher reading his Bible.

Meinecke told the police that he was not in danger, was not preaching or causing any issues, and was reading the Bible at the Seattle Center. He also said that about ten police officers arrived at the scene. Meinecke posted a video of a protester ripping pages out of one of his Bibles and yelling at him.

Someone else yelled at him to "forget about your f---ing imaginary fairy in the sky." Meinecke also claimed to have seen "naked adults around small children" nearby. Meinecke was also reportedly arrested during a protest for Roe v. Wade, during which extremists on the far left tore up his Bible and beat him, though they were not arrested.