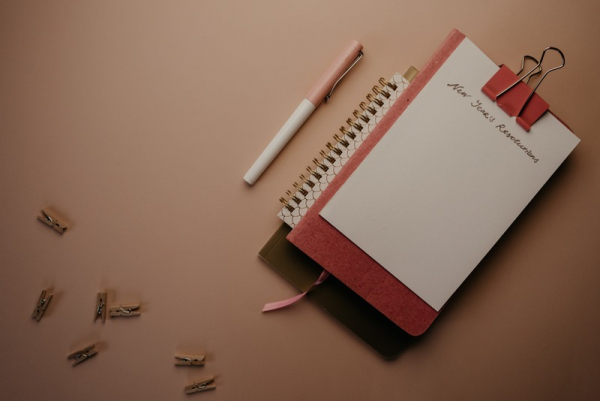 A new chapter unveils as 2023 comes into our lives. The dictionary tells us that New Year's Resolution is something we promise ourselves what to do and not to do by the start of a new year. As defined by Cambridge Dictionary, a New Year's resolution is a commitment that you plant into yourself for you to start doing something positive or to stop doing something negative on the first day of the new year. This can be anything from committing to exercising more regularly or eating a healthier diet to quitting a bad habit like smoking or procrastinating.

Many people find that setting a New Year's resolution is a good way to motivate themselves to make positive life changes.

It is not wrong to make a list of resolutions as the new year begins. However, it is important to actively work towards achieving these goals rather than just writing them down as wishes. Many people review their resolutions at the end of the year to see their progress and may continue the list into the next year, revise it, or add new goals.

According to Lancaster Farming, the tradition of making New Year's resolutions dates back at least 4000 years, starting with the ancient Babylonians, who held festivals to celebrate the new year and made promises to repay debts and forgive others as a way to receive blessings from their pagan gods.

During the time of Julius Caesar, January 1st became the celebration of the new year. The month of January, named after the Roman God Janus, was the new year's focus. Janus was a two-faced god who could look back to the past and forward to the future. The Romans believed that touching the sculpted face of Janus would bring them good fortune, and they would make sacrifices for him along with resolutions to live a good life in the new year.

The Bible as a Guide

The Bible does not specifically mention the concept of New Year's resolutions, but it does encourage self-improvement and growth. For example, according to BibleGateway, in Philippians 3:13-14, Paul writes, "Brethren, I do not count myself to have apprehended; but one thing I do, forgetting those things which are behind and reaching forward to those things which are ahead, I press toward the goal for the prize of the upward call of God in Christ Jesus." This passage encourages Christians to set goals and work towards them rather than dwelling on the past.

Additionally, the Bible encourages believers to strive for holiness and to be transformed by renewing their minds (Romans 12:2). This could be seen as similar to making resolutions to improve oneself.

Other writings like Proverbs 16:9 states that while people may make plans for their future, it is only God who knows what will be best for them and can guide their steps. Colossians 3:9-17 encourages believers to put aside their old selves and live a life full of goodness, righteousness, peace, and patience, with love binding everything together. It also advises us to do everything in the name of Jesus and to give thanks to God.

These passages remind us to rely on God as we seek to live the best life possible.

Here are additional passages that give light and inspire us as we go on to challenge ourselves in this new chapter of our lives.

Lamentations 3:22-23 reminds us that the love and mercy of God never cease and are new every morning. His faithfulness is great.

In Ephesians 4:21-23, Paul encourages believers to put aside their old selves, which are corrupt and driven by deceitful desires, and to be renewed in the spirits of their minds. They are encouraged to put on a new self, created in the image of God and characterized by true righteousness and holiness.

As each new year begins, it is natural to reflect on the past year and all that it contained - both the problems and the blessings. As we grow in our relationship with Christ, it is important to remember his mercy and faithfulness toward us and to see his presence in our past and present. While it is okay to make New Year's resolutions, it is important to pray about them and ask for God's guidance in order to ensure that our goals align with his will for us.

Related Article: The Virgin Birth of Jesus Christ in the Bible