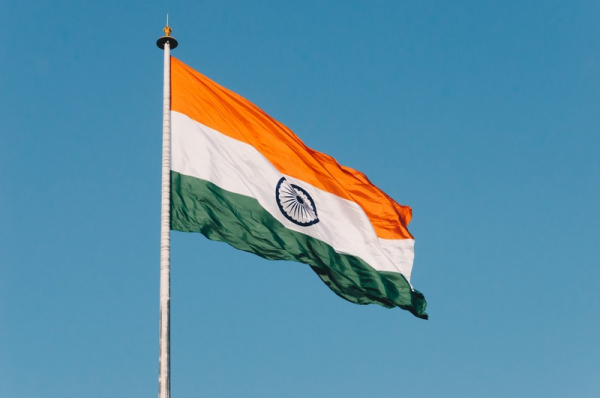 On January 1st, a group of 500 individuals gathered in Gorra, a small village in the state of Chhattisgarh, India, and requested the presence of the Christian residents. Upon the arrival of around 15 individuals, they were confronted and assaulted by the mob, which was believed to be Hindu extremists.

According to Christian Today, Aytu Ram Dhruw, a young Christian man from the area, received news of the attack from a friend who informed him that they needed urgent medical attention. Dhruw and a group of around 20 others then hurried to Gorra to provide assistance and transport the injured to the hospital. However, upon arriving at the village, they were confronted by the mob and subsequently subjected to violence themselves. According to Dhruw, the group was caught and attacked by the mob as they entered the village.

While most of the young people could evade the mob, Dhruw's father, Bahadur, and three others were unfortunately caught and were relentlessly attacked by the group using sticks, legs, fists, bricks, and stones. They were beaten until they fell unconscious.

Despite the victims being taken to the hospital, Dhruw had to discharge his father from the hospital that same night as two of the attackers were identified in the hospital and threatened further violence.

Dhruw and his family were forced to flee the village since that day, and the violence against the Christians in Gorra is unfortunately not an isolated incident.

A series of orchestrated assaults on Christians from tribal communities in the Indian state of Chhattisgarh has resulted in around 1,500 individuals losing their homes and experiencing severe psychological distress.

The attackers, believed to be Hindu nationalists from the Bastar division of the state, have forced Christians out of their homes and destroyed and ransacked their houses and places of worship. They were motivated by their neighbors' refusal to renounce their religious beliefs.

According to Dhruw, the attackers had accused the Christians of practicing a foreign religion and abandoned their tribal culture, and had given them an ultimatum: renounce their faith or leave their homes and villages forever.

Tribal communities in India have faced centuries of discrimination and marginalization; the Christian tribals are among the most affected and face additional social isolation. Documentation from Chhattisgarh Christian Forum (CCF) shows nearly 400 cases of violence against Christians in the past three years. Furthermore, a report from the Religious Liberty Commission of Evangelical Fellowship of India (EFI) shows that Chhattisgarh has the second-highest number of persecution incidents against Christians in India, just after Uttar Pradesh, the most populous state.

The councils banned them from worshiping within their homes, preventing pastors from visiting Christian families and forbidding local believers from performing traditional ceremonies like weddings or burying their dead. They also imposed economic sanctions, prohibiting buying or selling goods and working in certain places.'

Recently, Christians in the affected villages have been summoned before their village councils and given the ultimatum of recanting their faith or leaving their villages. Salim Hakku, a pastor in the Bastar district, reported that some individuals had given in to the pressure and renounced their Christian beliefs. At the same time, those who refused to do so were subjected to violence and forced to leave their homes immediately.

The timing of these expulsions has resulted in those fleeing having to endure the harsh cold weather and, in some cases, begging the government for shelter. Christian organizations were the only ones assisting with their basic needs, such as food and clothing. At the advice of the police, the Christian tribals were also forced to forgo Christmas and New Year gatherings.

The Chairman of the Chhattisgarh Christian Forum, Arun Pannalal, has stated that despite numerous complaints to the police, no action has been taken and that there is evidence that the police have not only neglected their complaints but have also encouraged the attackers.

According to The Hindu, While the violence is being portrayed as a reaction of non-Christian tribals against their Christian tribal neighbors, the authorities suspect that outsiders are orchestrating it. Locals blame Prime Minister Narendra Modi's Bharatiya Janata Party (BJP) and the Hindu extremist organization, the Rashtriya Swayamsevak Sangh (RSS), for inciting the attacks. Two local BJP leaders have already been arrested in connection with various incidents of violence against the Christian community.