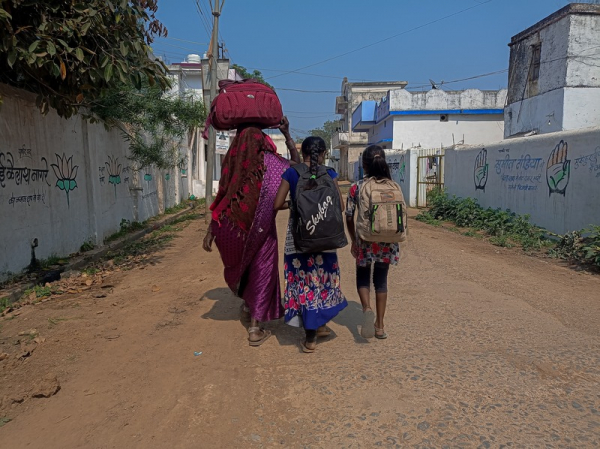 On Monday, a group of tribals in Chhattisgarh's Narayanpur district in Bastar vandalized a church and attacked a senior police officer injured in the incident. The police provided this information.

A police officer named Narayanpur Superintendent of Police Sadanand Kumar was injured in an attack on a church in Chhattisgarh's Narayanpur district in Bastar. Kumar was reportedly seen with blood on his face and holding his head after the attack and was taken to a hospital for treatment. At this time, it is unclear what the extent of his injuries was or what caused the attack on the church.

According to preliminary reports in NDTV, an Adivasi group called a meeting to protest a clash between two communities in Edka village in Narayanpur district on Sunday over alleged religious conversion. The meeting quickly escalated into a heated argument between two opposing groups, and chairs and stones were thrown. The argument turned into a physical fight, with people coming to blows. The situation quickly escalated into a full-scale fight.

More security personnel were called to the scene to control the escalating protests. Narayanpur Superintendent of Police (SP) Sadanand Kumar, who was injured in the incident, told reporters at the hospital that the protesters arrived near the Vishwa Dipti Christian School in the afternoon and attempted to attack a church located on the school's premises.

According to Punjab Times, SP Kumar alerted to the situation, rushed to the scene with other officials, and tried to calm the protesters. He reported that they seemed convinced and were preparing to leave, but suddenly someone hit him on the head with a stick.

According to a report by a fact-finding team led by the Centre for Study of Society and Secularism, a series of attacks occurred in approximately 18 villages in Narayanpur and 15 villages in Kondagaon ahead of Christmas, resulting in the displacement of around 1,000 Christian Adivasis from their villages.

A recent report alleged that a group of displaced individuals was threatened and forced to convert to Hinduism or face severe consequences. The attacks, which reportedly included violence against women and children, occurred when the individuals refused to abandon their faith. A fact-finding committee was formed to investigate the incidents and gather information. The committee, led by the Centre for Study of Society and Secularism and included partnerships with several other organizations, visited the state where the events took place. Irfan Engineer, Director of the Centre for Study of Society and Secularism, suggested that fringe groups may be responsible for attempting to convert these tribals to Hinduism.