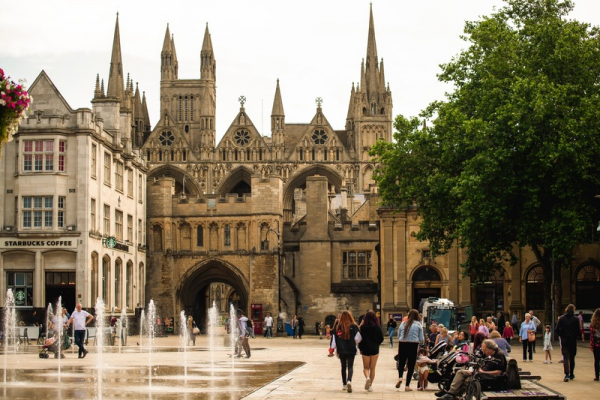 For the first time in history, less than half of the people in England and Wales identify as Christians, according to the official census from 2021. This reflects a persistent trend in which support for the Anglican Church, a significant tenet of the British establishment, is declining.

The decline of Christianity in the UK: Scandals and Societal Changes Accelerate the Waning Influence of the Church

According to the Socialist, the influence and significance of Christianity in the United Kingdom have been on a steady decline in recent times. While the official statistics on religious affiliation may not reflect this trend immediately, it is essential to consider the broader historical context, as regular church attendance has been dropping since the 1800s. With the country's current economic and societal crisis, this trend will likely accelerate further.

In the United Kingdom, Christianity has a special relationship with the government, for example, the head of the Church of England is also the head of state, and bishops hold seats in the legislative body. In the past, many people saw institutions such as the Church, monarchy, and government as untouchable and respected.

Still, this perception has drastically changed due to the numerous scandals and controversies that have plagued these institutions in recent years; from the financial misconduct of the royal family to the cover-up of sexual abuse by the Church of England, these pillars of society have been marred by scandals, corruptions, and negative perceptions this is according to BBC.

Additionally, the Church's association with discrimination against certain groups further contributes to its disconnection from the general public. A survey from 2018 revealed that 56% of the population in the UK, including Scotland, had little to no confidence in the Church, which is similar to the low level of trust in the police or politicians. For many, it is becoming increasingly clear that the Church, politicians, and the monarchy are all part of the same flawed system.

A recent report in Christianity Daily found that attendance at in-person church services dropped by 45% during the pandemic. Despite the reopening of churches, not all members have returned. In a report by ABC News, a theology and religious education professor at Boston College has suggested that people have turned to technology for social interaction and connection rather than returning to in-person church gatherings. Surveys by Gallup showed that membership in churches in the US fell below 50% in 2020, reaching a historic low. Church membership had been relatively stable at around 70% of the population from the 1940s to the 1990s but has seen a significant decline in recent years.

This decline in church attendance and belief in God is partly driven by an increasing number of Americans who do not identify with any specific religion, known as "nones." According to Gallup, the percentage of "nones" in the US is currently at 21%.

Historically, belief in God was almost universal in the US and closely tied to American identity and currency. However, in recent years, religion has become more politically charged and associated with specific parties, leading to a decline in church attendance among Democrats and those on the left.