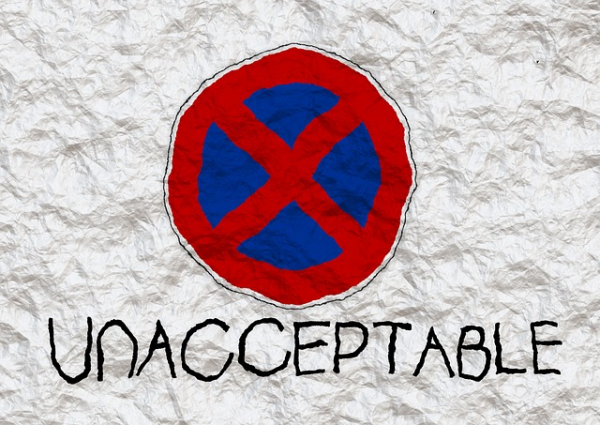 An Album Poster showing Demi Lovato dressed in a bondage-style costume and lying on a bed shaped like a crucifix was banned.

According to the ASA, the musician's new album's title made use of a swear word and, along with the image, connected sexuality to a holy object. The Christian Community felt attacked and argued that it insulted their faith which caused the ban. Polydor Records stated that they did not find the album's artwork to be insulting and that it was intended to promote the music.

According to Christian Post, with the headline "DEMI LOVATO" and "HOLY FV**," the title of her new album, Lovato's poster featured the image of her record's cover. In August 2022, the banner was placed at six different locations throughout London for four days. The banner displays were prohibited after four days and taken down on August 23, 2022.

Authorities said the musician implied a swear word in the album's title. Combining those words with the picture of Lovato dressed in bondage attire may be interpreted as an attempt to blend sexuality with a sacred symbol. After investigation, the authority found that the advertisement violated the law because it stated that ads must be designed with a sense of responsibility and not contain anything that could cause widespread offense.

In an article by Glamsham, it says that Lovato's album was chosen as No.1 on Billboard's top rock and alternative albums chart and got to the top 10 on the Billboard 200 chart and top-5 on the sales chart. After the album's success, Lovato expressed gratitude to her supporters on Instagram. She also shared that the album is personal and takes her back to her roots.

Polydor Records, a Universal Music Operations Ltd division, supported the album cover and poster and did not believe it would cause severe or widespread offense. They reportedly checked with an agency before publication to ensure it was appropriate for the proposed sites, and the agency assured them it was.

Even if it was misspelled, it is clear to readers that the ad alluded to the expression of 'holy f**k,' the reporter exclaimed. The watchdog lastly stated that the poster invalidated the code and concluded that the said poster would not be seen again if not appropriately directed.

In her eighth studio album, Lovato addresses addiction to drugs and alcohol. The song "Skin of My Teeth" was written because of her overdose in 2018, which resulted in many strokes and brain damage. She recorded the album while sober and is proud of it.

Related Article: UK Government Apologizes for Prosecutors Stating That Certain Passages in the Bible Are 'Inappropriate'