Pandemic Leads to Increased Number of Americans Leaving Church Behind: Who Are These Americans? 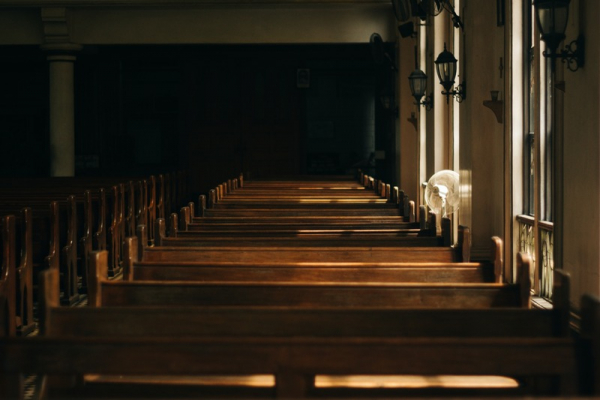 According to recent research, few Americans changed their religious identity during the first two years of the COVID-19 pandemic. However, many did change their spiritual practices.

This means people who identified as a particular religion before the pandemic still identified as that in spring 2022. Still, their religious habits, such as going to a house of worship, might have changed.

In a study published by researchers at the American Enterprise Institute (AEI) and the University of Chicago, the COVID-19 pandemic had little impact on patterns of worship attendance in the long run, despite the short-term disruption created among American churches. The most significant exception to that pattern was in young individuals whose church attendance significantly decreased.

According to study authors Lindsay Witt-Swanson, Jennifer Benz, and Daniel Cox, the pandemic has increased ongoing tendencies in religious change rather than completely upending established patterns. According to Christianity Today, they also stated that young people, those who are unmarried, and self-identified liberals discontinued attending religious services at substantially larger rates than other Americans did.

These communities were already experiencing the most severe reductions in religious membership, practice, and identity before the Covid-19 pandemic.

The research stated that "the pandemic amplified ongoing tendencies in religious transformation." The COVID-19 pandemic served as a final push for Americans who were already edging away from religious engagement before its arrival. Before the pandemic started, the decline in spiritual practice disproportionately affected those who were already seldom worshippers.

The Conclusion of the Researchers About this Great Decline

Researchers concluded that religious attendance was not influenced evenly by the pandemic. Over the past few years, the proportion of liberals, adults who have never married, and people between the ages of 18 and 29 who said they had never attended church increased by 13 to 15 percentage points. The difference was less than ten percentage points for other groups.

According to Deseret News, other intriguing findings from the new paper include the following: Over the first two years of the COVID-19 pandemic, members of The Church of Jesus Christ of Latter-day Saints reported no change in their religious practices.

Conservatives, those 50 and older, women, married individuals, and people with college degrees were more likely to attend worship services than other Americans before and after the pandemic.

Between the two waves of the study, the percentage of Americans who describe themselves as religiously unaffiliated (25%) remained unchanged.

These statements go along with the recent article published by Christianity Daily; Church attendance and belief in God have significantly declined in recent years. An increasing number of Americans who do not identify with any specific religion, known as "nones," may still view religion as necessary. In the US, church membership is expected to fall below 50% in 2020, reaching a historic low.

In the past, faith in God was practically universal in the US and was tightly associated with national identity and the dollar. However, as religion has recently been more politicized and tied to particular political parties, Democrats and others on the left attend fewer churches.