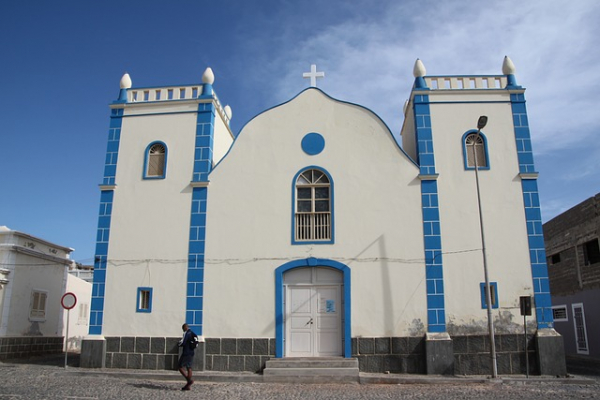 The Catholic Church in Cape Verde, also known as Cabo Verde, is preparing to commemorate the 500th anniversary of the arrival of the first missionaries in the Diocese of Santiago, which was the beginning of the spread of Christianity in the country. They hope this will help increase awareness of the history of the Church in Cape Verde.

"Our diocese is excited to use this 500th-anniversary celebration as an opportunity to share the rich and complex history of our Church with the world," said Arlindo Cardinal Furtado in an interview with Vatican News on March 14th.

The history of Cape Verde may be linked back to the year l460, when two navigators, Diogo Gomes and António de Noli, arrived on the islands at the behest of Infante D. Henrique of Portugal, Duke of Vise, commonly known as Prince Henry the Navigator.

In an article in AciaAfrica, the islands were evangelized in the fourteenth century, but something needs to be documented. On the island of Fogo, there were plans to build a second parish in l480 that would be devoted to Saint Filipe. One of the oldest structures on Santiago Island, the Church of Nossa Senhora do Rosário, dates to around 495.

The earliest standards for baptizing enslaved people on board slave ships via Santiago were documented in 1544 and 1546. Cardinal Furtado stated that an event is being planned for the Church in Cape Verde, specifically for the Santiago diocese, to highlight the significant contribution the Church has made to Cape Verdean society throughout its history.

He also mentioned that a commission, headed by Fr. João Augusto Martins, has been established to begin preparations for the anniversary celebrations, which will take place in 2033. The commission will be working on a pre-program for the next ten years.

According to Vatican News, a Eucharistic celebration is planned at the end of this month to kick off the ten-year festivities leading up to 2033 at the ruins of the old Cathedral of the Diocese in Cidade Velha. The celebration will be presided over by Cardinal Arlindo Gomes Furtado and concelebrated by the Bishop of Mindelo, Ildo Fortes, and dozens of priests from Cabo Verde.

Many islanders are expected to attend the event. Over the next three years, a series of decentralized conferences, photographic exhibitions, a video documentary about the history of the Church in Cabo Verde, the launch of books, and other activities are also planned.

The website of Cape Verde says that the majority of the population in Cape Verde is religious, with 80% identifying as Catholic, 10% as Protestant, and the remaining population as part of smaller denominations. The Catholicism practiced in the islands is unique, incorporating African customs into traditional Catholic ceremonies.

For example, at the funeral of infants, a group of children accompanies the child to the burial by African beliefs that an evil spirit has taken the child and the soul must be prevented from bringing more harm to the family. Additionally, even the smaller denominations in the area have some connection to the two main religions.

Related Article: 10 Encouragements for Those Discouraged by the Church