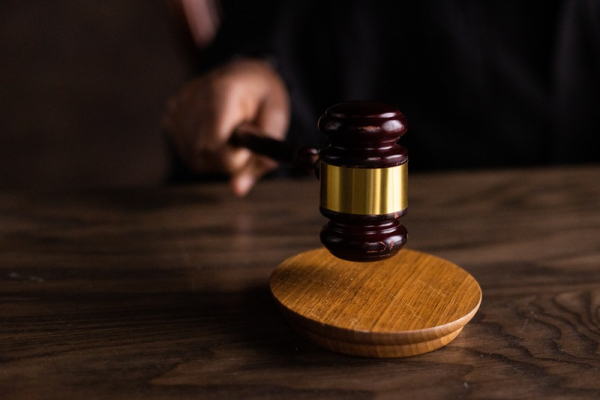 On Thursday, an Oregon judge ruled that a legal dispute regarding religious exemptions under Title IX was dismissed. This outcome is a victory for Christian colleges that had partnered with the US Department of Education in defending these exemptions in situations where their religious beliefs regarding LGBT matters were at odds with anti-discrimination laws.

A class-action lawsuit was filed by 44 current and former students from religious institutions, claiming that the religious exemptions contradict LGBT rights and that LGBT individuals are exposed to an "unsafe environment" in these schools.

The suit further alleged that through these exemptions, the federal government effectively approves LGBT discrimination. These plaintiffs can be known on The Reap website, wherein the Religious Exemption Accountability Project (REAP) aims to empower queer, trans, and non-binary students who attend more than 200 religious colleges and universities that receive funding from taxpayers and discriminate based on sexual orientation and gender identity/expression.

REAP works to achieve a world where LGBTQ students on all campuses are treated with equality, safety and respect by using civil rights litigation, storytelling, oral history, research, and public policy.

The Council for Christian Colleges & Universities (CCCU) is an organization that represents Christian higher education and advocates for the freedom of religious institutions to practice their beliefs. According to the CCCU, the Bible defines marriage as a union between a man and a woman. The organization did not support the Respect for Marriage Act, but they appreciated working with senators who understood the significance of religious freedom in Christian higher education.

The lawsuit, Hunter vs. US Department of Education, was filed by students from 31 schools, 22 of which were affiliated with the CCCU, such as Baylor University, Oklahoma Christian University, Moody Bible Institute, and Fuller Theological Seminary. These students were challenging the religious exemptions. The CCCU joined the lawsuit on the side of the US Department of Education in May 2021.

According to Christianity Today, in the lawsuit, LGBT students reported instances of mistreatment at religious schools, including conversion therapy. The judge acknowledged these accounts but did not find a legal foundation for canceling the federal exemption.

Judge Ann Aiken wrote in her 40-page decision that the plaintiffs have failed to provide evidence of any illegitimate reason for Congress to enact the religious exemption, especially in the light of the Supreme Court's decision in Amos and other cases that upheld religious exemptions.

Title IX is a federal law prohibiting discrimination in education programs that receive federal funding. Religious schools are given narrow exemptions under Title IX when the law conflicts with their religious beliefs.

CCCU President Shirley Hoogstra said in a statement that this decision is a major victory for religious higher education, and it reaffirms the constitutional rights of religious institutions to live out their sincerely held beliefs in policies and practices.

REAP stated that as a result of the decision, thousands of LGBTQIA+ students across the country will continue to face discrimination at universities that receive funding from taxpayers.

Nick Miller, a lawyer for the CCCU, said he expects the students to take further legal action and file lawsuits against the schools. He also noted that this outcome is a victory in one battle, but the overall struggle will continue. Miller also expressed that he supports legislative agreements that can resolve these issues fairly without requiring extensive legal proceedings, such as the one in the Marriage Act.